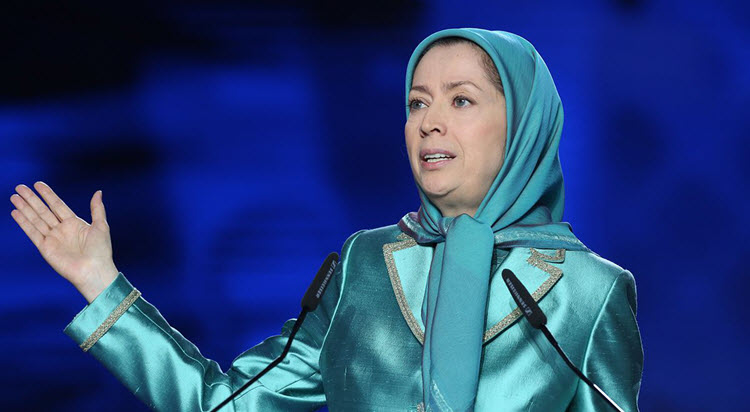 In a guest article on the Forbes website, Mrs Maryam Rajavi, the President-elect of the National Council of Resistance of Iran (NCRI), commented on the twisted image of Islam that is being portrayed in various parts of the world. She said that the recent violence in Orlando, Istanbul, Bangladesh and Saudi Arabia “are the deliberate outcomes of a frightening and aggressive world outlook that offers a twisted image of Islam”.

Rajavi said: “ (…) all of us, as the children of Abraham, are brothers and sisters. What is essential in relations among human beings is not retribution, tyranny and exploitation, but freedom, compassion and unity.”

Those who have twisted the words of the Quran include the Iranian regime, the Lebanese Hezbollah, Boko Haram and Daesh. But she invites everyone to look at the Quran and realise that they are “in stark contrast against the truth of Islam”.

Rajavi claims that the “Jihad” extremists talk about is “nothing other than sheer terrorism and brutality”. She explains that in the Quran it means to rise up against injustice. She adds that it is “something that has even been enshrined in the Universal Declaration of Human Rights”. “The Quran gives permission for jihad only to those who face injustices, are being murdered or forcibly exiled from their country. Ironically, Muslims who oppose the rule of clerics or caliphs, as well as non-Muslims who refuse to surrender to them, are the primary targets of this falsely labeled ‘jihad’.”

Rajavi claims that another “horrifying trait” of extremists is that they try to “discredit moral, humanitarian and Islamic principles as they grapple for power”. She explained that Khomeini, before becoming the leader of Iran, in his book titled ‘The Islamic State’ said that mass killings are permissible in order to ensure the survival of the state. He said it was to “uproot many of the corrupt races that are harmful to society”.

“It brings me deep sorrow that extremists of all stripes portray themselves as defenders of Islamic and moral standards,” Rajavi said. The Iranian regime has amputated limbs, stoned women to death and gouged out eyes, calling them Islamic punishments. “No one has trampled upon Islamic law more than this bunch.”

Rajavi calls on true followers of Islam to stand up against perversions of their faith. She highlighted that many groups aim for this, one of them being the Mujahedin-e Khalq (MEK), the main component of the National Council of Resistance of Iran (NCRI). She emphasises that they have “embarked on a theoretical effort to understand the truth of Islam and wipe away dogmatic and static readings of the Quran”.

She adds: “The NCRI succeeded in promoting in Iranian society the credible views of Islam on freedom, human rights, social justice, gender equality and the rights of ethnic and religious minorities and other matters.”

She calls on Muslims across the world to reunite and reject sectarianism and religious conflicts. She said: “We must declare that the struggle is not between Shiites and Sunnis, or Muslims and Christians, or the people and culture of the Middle East against the people and culture of the West. Rather, the main struggle is between tyranny and extremism on the one hand, and democracy and freedom on the other.”