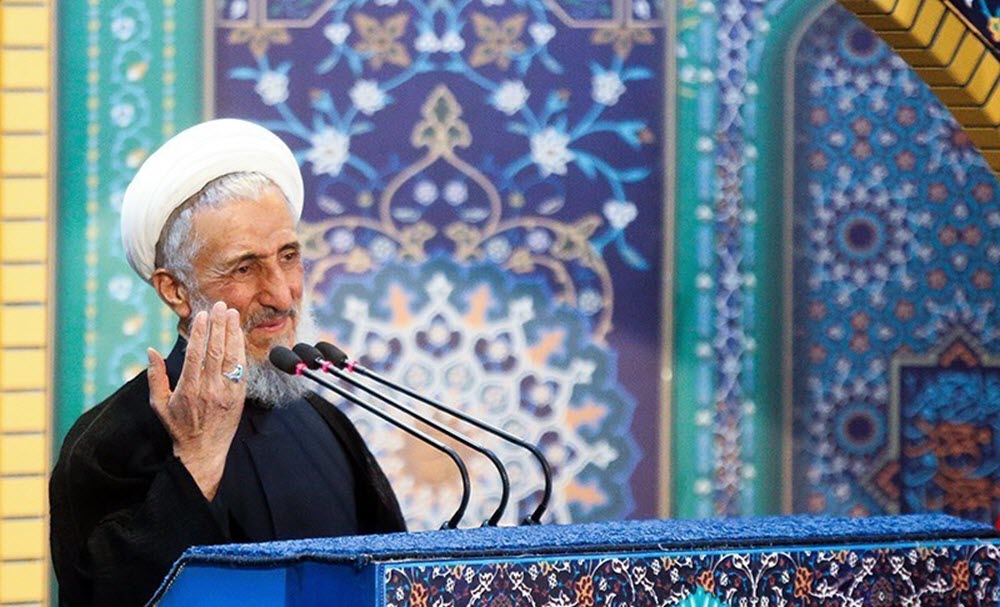 Mullah Kazem Sediqi, the Friday prayer leader in Tehran, acknowledged the widespread export of terrorism to the Middle East and Africa on September 22nd. He said, “We conducted a revolution in Iran, but today we are defending in Syria; today our reputation is heard all over Africa, an altar is set up in Nigeria.”

Regarding the imposition of the regime’s influence on its political, military and security organizations on Iraq, he said, “Today, is Iraq our neighbor? No, it’s ourselves. Today, Iraq’s Hashd al-Sha’bi and the Iraqi government are fighting alongside us. Lebanese Hezbollah is one of the miracles of our revolution … our Islam [read extremism and fundamentalism] goes to bring the world under the flag of the Velayat-e fagiqh (Supreme Leader)!”

President Rouhani, said on that same day, “Whether you want or not, we shall defend the oppressed people of Yemen, Syria and Palestine, and we will strengthen our military and defense capabilities to the extent necessary.”

According to Ofoq state television, former ambassador to Syria, Rauf Sheibani, a while calling export of terrorism to the region and the world as “resistance”, said last week, “The Basiji volunteers from all over the world have been rushing into Syria in order to confront the global campaign against the axis of resistance, and they needed a solid military organization. The role of Iran and our military commanders who served as advisers in Syria was to mobilize, lead and direct these volunteer forces … Several nationalities in the form of a military body, including Afghan, Iraqi, Pakistani, African, Hindi, and European.”

Ali Saeedi, Khamenei’s representative in the Revolutionary Guards, also said on September 13th, “Today, Iraq and Syria serve Islam (read religious fascism).” “Sometimes we say what is our business regarding Palestine, Syria, Iraq and Lebanon… we have a responsibility in the world”, “and we are the one to create the ground for the globalization of Islam.” He spoke in response to the public’s distaste at the regime’s interference in the region.

Member of the Assembly of Experts, Ahmad Alam ol-Hoda, a Friday prayer leader and a representative of Khamenei in Mashhad, said on August 18th, “Today, it is not like the desert of Iraq, Syria and the Mediterranean Sea is a place outside this country and do not belong to it; Islam has been formed there.”

These remarks from high officials of the regime regarding the its interferences in the Middle East and Africa show the need for a change of regime as well as the expulsion of the IRGC forces and mercenaries from these countries.