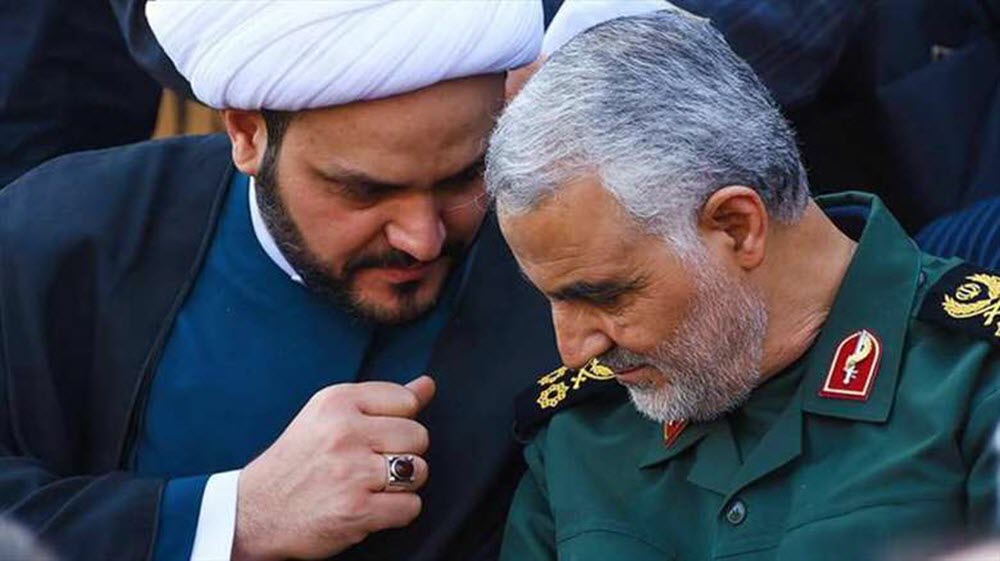 The Hashd al-Shaabi Shiite militia, the Arabic name for the Popular Mobilization Forces/Units (PMF/PMU) that is fighting in Iraq, has warned that US intervention is jeopardising the country’s unity.

The group is a proxy of Iran and one of its commanders commented earlier this week that the US forces that come to Iraq to back forces against the Islamic State group represent a threat to the nation.

The PMU is an umbrella organisation that is composed mainly of Shiite militias that are backed by Iran and it has been working with the US troops and its allies in Iraq to fight against the threat posed by the Islamic State group.

Despite this, a bipartisan bill has been proposed by several members of Congress to designate some of the PMU’s components as terrorist groups. The bill mentions in particular Harakat Hezbollah al Nujaba and Asaib Ahl al-Haq or AAH (League of the Righteous). President Trump would have 90 days to slap sanctions on each of them.

Following the news of this proposed bill, members of several militias have now made it clear that the US forces in Iraq are to be viewed as the enemy.

A commander of the PMU, Jabbar al-Maamouri, said that designating certain factions of the Hashd al-Shaabi group is part of a conspiracy to get the whole group designated as a terror group. He said that the US is contemplating this action because it has failed, along with its allies, in dividing and fragmenting Iraq.

He went on to accuse US forces and their Sunni allies of making attempts to assassinate members of the PMU and he added that the country would continue to be victim to the US’s plots and “acts of sedition” for as long as they remain there. He called on Shiites to unite against the US military presence.

However, it must be noted that several components of the Hashd al-Shaabi Shiite militia, including Harakat Hezbollah al Nujaba and Asaib Ahl al-Haq which were named in the bill, have killed US troops and have threatened the United States since it sent troops back to Iraq to combat the Islamic State group in 2013.

In 2012, a report by the Institute for the Study of War indicated that Asaib Ahl al-Haq was responsible for more than six thousand attacks on US soldiers during the years of 2006 and 2011.

The commander of the Saraya al-Ashura PMU faction, Abdullatif al-Amidi, called on all US troops to leave the country and he said that the US is “our direct enemy”.

On the other side of the argument, the United States’ Secretary of State Rex Tillerson called on the PMU troops to leave Iraq. Although the American troops and the PMU troops have worked with each other in the fight against the Islamic State, the US recognises that it is time for the Shiite fighters to pull out.

According to estimates by experts, there are more than 100,000 PMU fighters currently in Iraq.