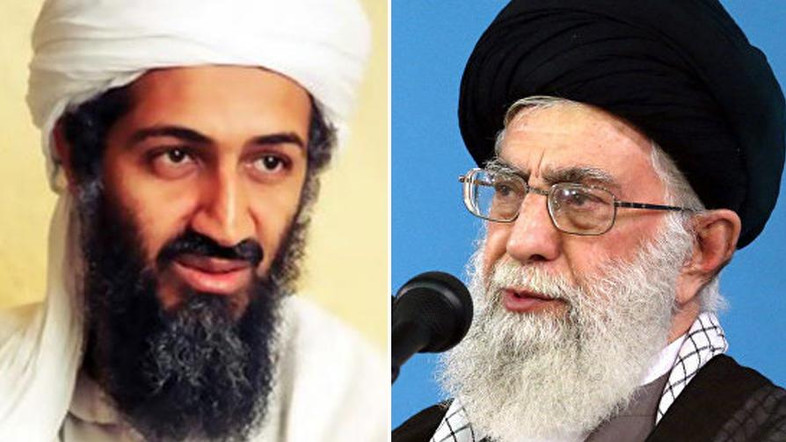 Documents found at the compound of al-Qaeda leader Osama Bin Laden in 2011 and released by the White House in 2017, show that the Iranian Regime was involved in the planning of terrorist attacks against the US after the attacks on September 11, 2001.

The Abbottabad documents reveal that Bin Laden urged his commanders to focus on aerial attacks, including by private jet or helicopter, against the US and its allies even after 9/11 and that the Iranian Regime allowed al-Qaeda militias led by Younis al-Mauritani to train al-Qaeda recruits in Iran, before they were dispatched to hijack planes.

In a letter, Bin Laden expressed that he wanted to harm the security and the economy of the USA both through attacks on the US and on the countries that they bought oil from. He described the plans as “bigger than the September 11 attacks”.

Al-Qaeda also sent young recruits like Naif Abdulaziz to foreign universities, in countries that had no idea they were harbouring terrorists, to learn how to operate aeroplanes and buy equipment without raising suspicions.

In letters, Bin Laden, Atiyatullah al-Libi, and Younis al-Mauritani discussed that they should recruit Muslims of all different ethnicities to carry out the planned attacks in order to make it more difficult for the authorities to catch them and how they could exploit gaps in the security systems used by the US.

It’s not surprising to learn that the Iranian Regime was allowing al-Qaeda to train in their country. After all, the Iranian Regime is the leading state sponsor of terror, according to the US, with heavy ties to and funding of ISIS (an al-Qaeda splinter group), Hezbollah, and Hamas among many others.

In fact, when the Abbottabad documents were first released last year, one of the biggest stories was that the Iranian Regime had sheltered the al-Qaeda members who had planned the 9/11 attacks. The Iranian mullahs sheltered the terrorists when the US first came looking for them, before attempting to make a deal with the US.
The mullahs proposed that they release the al-Qaeda terrorists, if the US military would kill Iran’s political exiles (the People’s Mojahedin Organization of Iran or MEK) who were living in Iraq.

Iran supports terrorism in the Middle East and around the world in order to destabilise countries. This has two main benefits for the Regime: it distracts the world from the Regime’s domestic problems and it allows the Regime to take control via proxy in those countries.