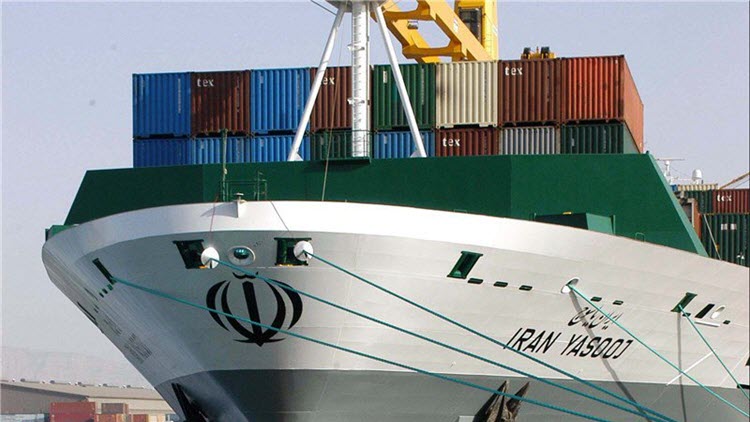 The National Council of Resistance of Iran (NCRI) revealed at a press conference that three companies in Iran are being used as a front to carry out the smuggling of arms in the Middle East. The information revealed by the NCRI was collected by the People’s Mojahedin Organization of Iran’s (PMOI/MEK) network inside the country.

Details and intelligence that have never before been seen were revealed and discussed. Proof that the IRGC companies are exporting weapons to Iranian regime-affiliated groups (particularly in Yemen) was discussed.

A joint study carried out by European Parliament’s Delegation for Relations with Iraq (EIFA) and the International Committee in Search of Justice (ISJ) was mentioned at the press conference. The study is entitled: “Destructive Role of Islamic Revolutionary Guards Corps (IRGC) in the Middle East”.

Admiral Group Shipping Company started business in 2012 and is owned by the children of a former Commander of the IRGC Naval Force and former Minister of Defence, Ali Shamkhani. Shamkhani is now the Secretary of the Supreme National Security Council.

The Hafez Darya Arya Shipping Company has 29 vessels that are used to transport containers. Because of the sea blockade it cannot deliver arms to Yemen, but it can carry cargo to many other countries such as Iraq, Saudi Arabia, Oman, Bahrain and so on.

The Valfajr Shipping Company was created 30 years ago by the IRGC. It carries IRGC cargos and is active in transferring IRGC consignments to Yemen via Muscat.

Other information about the companies was revealed. For example, it was revealed that the import and export of illegal goods is worth about 12 billion dollars per year.

The report also indicated that Ali Khamenei was pushing for the expansion of activities in IRGC controlled docks.