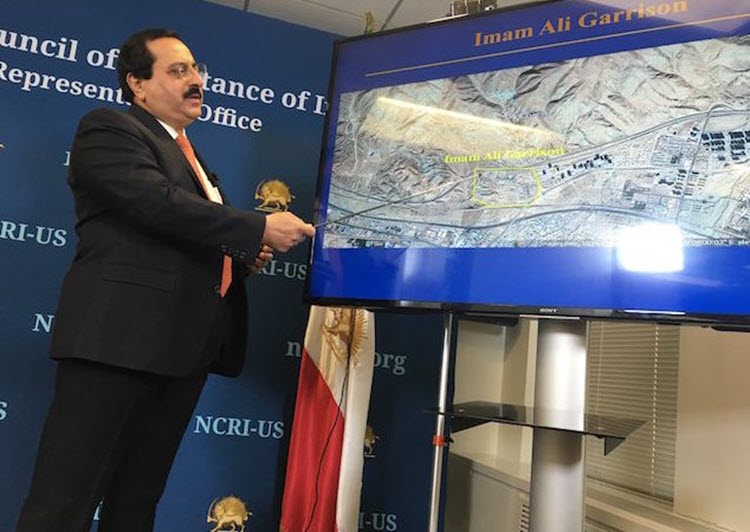 Although some have criticised the new US President for not being tough enough on Iran, it must be pointed out that there has been significant progress from the last administration. President Trump issued more sanctions on Iran following its test-firing of a ballistic missile at the end of last month. This shows that Iran’s actions will no longer be tolerated in silence.

On Tuesday, the Iranian opposition National Council of Resistance of Iran (NCRI) held a press conference regarding information obtained by the People’s Mojahedin Organization of Iran’s (PMOI/MEK) network inside Iran. Alireza Jafarzadeh, the NCRI’s US Representative Office Deputy Director Alireza Jafarzadeh, revealed that the IRGC Quds Force has assigned a major branch to increase the number militia members trained to take part in Tehran’s proxy wars. Facing major threat from this news are Yemen, Iraq, Syria, Afghanistan, Bahrain and even further afield. The NCRI was able to provide specific details and locations.

The IRGC is undeniably involved in massive campaigns of terrorism and provocation in the region and further afield.

Iran’s participation in terrorism has been long established. In 1983, Tehran had a large role in the bombing of marine barracks in Lebanon causing hundreds of deaths, and it was also involved in the 1994 bombing of a Jewish centre in Argentina that left 85 dead and hundreds of people injured.

Iran supports the Lebanese Hezbollah and is its driving force in many acts of terrorism. Iran provides it with finance, arms and training.

Iran is involved in regional conflicts to tip the balance of power. Obama’s appeasement policy helped to no end. The appeasement also allowed Iran to make progress with its nuclear and ballistic missile program.

The IRGC claims to have tested several centrifuge designs now and has continued to support the domestic crackdown in Iran. The Basij forces, under the control of the IRGC, is the principal entity in the forceful oppression of the people, regularly committing human rights violations.

Iran still remains at the top of the list for executions per capita. The execution rate has been rising since Hassan Rouhani became president in 2013. Prisoners in Iran are regularly tortured and forced to make false confessions. The US regards Iran as the leading state sponsor of terrorism.

There is no reason why the IRGC should not be designated as a terrorist organisation because it more than meets the criteria. It is a foreign organisation. It is involved in terrorist activities. It threatens US nationals as well as national security through its activities. So how can there be any argument against the designation?

The NCRI’s revelations also underline the urgency of acting very soon. The people of Iran who are fed up deserve to have the support of the US. As do US allies in the Middle East who were somewhat neglected by Obama.