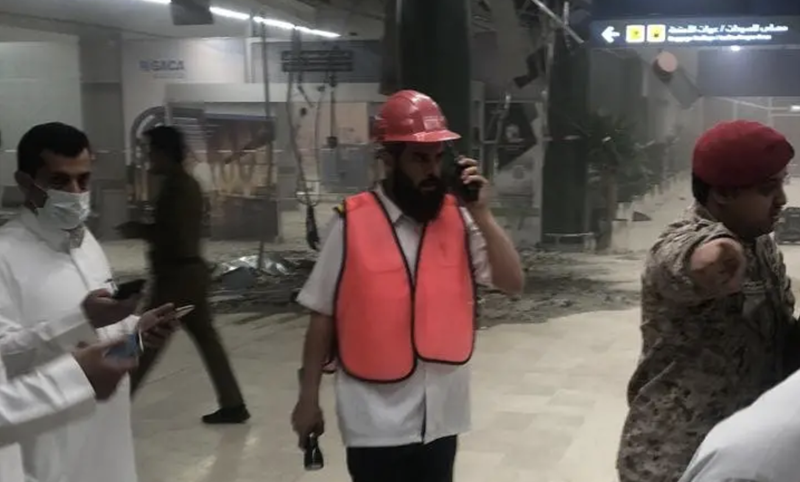 In fighting that has triggered what the United Nations described as the world’s worst humanitarian crisis, with millions of people displaced and in need of aid, Houthi militants claim drone attack on Abha airport, which was hit twice in similar incidents last month.

Abha International Airport is located in the capital of ‘Asir Province in Saudi Arabia. The airport has services to several domestic airports within the Kingdom.

This is not the first attack of its kind. A cruise missile attack carried out by the Yemen-based Houthi rebels occurred on 12 June 2019. The rebel missile attack on the airport wounded 26 civilians, drawing promises of “stern action” from the coalition.

But on Tuesday, July 2nd, a Yemeni rebel attack on the civilian airport in southern Saudi Arabia wounded nine civilians Tuesday, acorrding to the Riyadh-led coalition.

“The terrorist attack on Abha airport… led to the injury of nine civilians, including eight Saudi citizens and one carrying an Indian passport,” the military coalition said in a statement carried by the official Saudi Press Agency.

The Iran-aligned Houthi rebels claimed they “launched a wide operation targeting warplanes at Abha international airport” with drones, according to their Al-Masira television channel.

In Yemen, persistent coalition bombing since March 2015 have exacted a heavy civilian death toll. The rebels there have stepped up missile and drone attacks across the border in recent weeks.

Again, on June 23, another rebel attack on Abha airport killed a Syrian national and wounded 21 other civilians, says the coalition.

Heightened regional tension follow Washington’s accusations against Iran, saying that they shot down a US drone over international waters and of carryed out attacks on oil tankers in the strategic Gulf of Oman.

Washington is a key ally of Riyadh, and Saudi Arabia has repeatedly accused Iran of supplying sophisticated weapons to Houthi rebels, a charge Tehran denies.

Saudi state media has reported an intensification of coalition air raids on rebel positions in the northern Yemeni province of Hajjah and the Houthi-held capital Sanaa, following recent attacks. In fact, the coalition intervened in support of the Yemeni government in 2015 when President Abedrabbo Mansour Hadi fled into Saudi exile as the rebels closed in on his last remaining territory in and around the second city Aden.

The conflict has killed tens of thousands of people, since then. Relief agencies say that many of them are civilians.