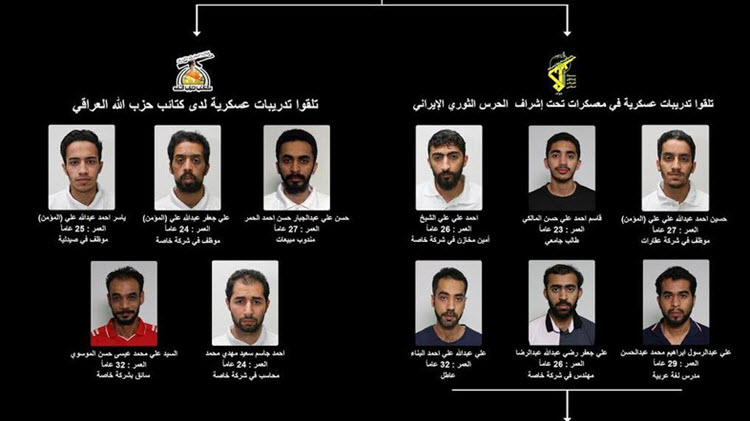 On Sunday 26th March, members of a terrorist cell sponsored by the Islamic Republic of Iran were arrested by members of the Bahrain security forces.

The cell is suspected to have been involved in the bus bombing that killed a number of policemen last month. They were also charged with plotting to assassinate senior government officials.

The news comes from the BNA – Bahrain’s state news agency – and it also reported that the IRGC (Iran’s Islamic Revolutionary Guards Corps) provided military training to six of those who were arrested. Five other suspects are said to have been trained by the Iraqi Hezbollah and three others received training in Bahrain.

The terrorist cell is coordinated by two exiled Bahrainis who are now residing in Iran. One of them is Mortada Majid Al-Sanadi – a man who has been designated by a US State Department as a global terrorist.

In 2016 there was a similar plot foiled by the Bahraini authorities. They discovered that the Lebanese Hezbollah and the IRGC were planning to carry out a series of terrorist attacks in the country.

At the end of 2015, 47 people were arrested by Bahraini authorities for their links to terrorist activities that were organised by Iran. It was thought that attacks were being planned for imminent execution. The month after these arrests the Bahraini ambassador to Iran was ordered back after a bomb-making factory in Iran was raided. As a result of this raid, numerous other suspects with links to the IRGC were apprehended.

As a result of the arrests on Sunday, the security forces of Bahrain raided the homes of the suspects and were able to obtain evidence such as communications equipment and domestically manufactured explosives.

Evidence indicates that proxies sponsored by Iran are providing support to local cells to build bombs.

Ali Ahmed Fakhwari, the main suspect, was apparently given tens of thousands of dollars by Hassan Nasrallah – a Hezbollah leader – to fund terrorism and related activities in Bahrain.

This is not the first time that Iran has been implicated in such activities. The country has been involved in plots all over the region, and even further afield with the help of its proxies such as Hezbollah. The IRGC’s Quds Force is in charge of the export of terrorism outside Iran.

In 2011, a plot to assassinate the Saudi ambassador to the United States was foiled, as well as other plots to bomb the Israeli and Saudi embassies in Washington.