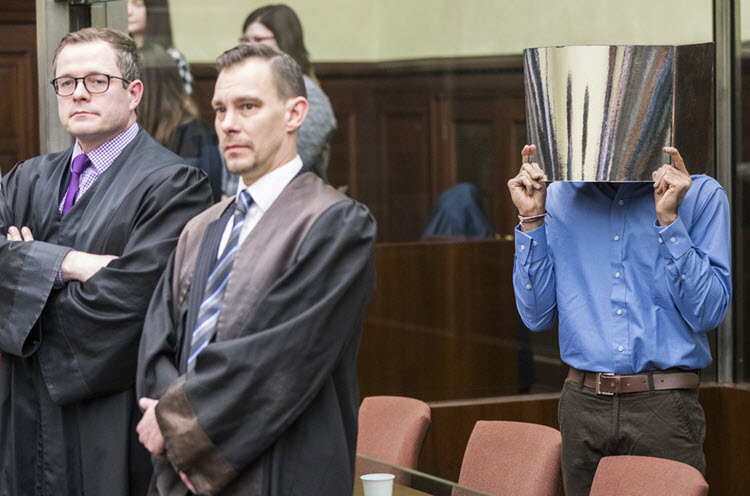 A 31 year-old Pakistani man identified only as Syed Mustufa H. was arrested at the beginning of the year in Germany. His charge – gathering information for possible Jewish assassination targets for Iran’s Quds Force.

His trial started last week in the German capital but he remained silent throughout. His lawyer explained that he did not speak “out of fear”. The situation does not look good for Syed because the evidence is compelling and the charges of scoping out targets for Iran and carrying out espionage on its behalf against France and Germany is altogether very serious.

Evidence shows that Syed was collecting intelligence on numerous targets. Only two of the names were made public – Reinhold Robbe, a politician and member of the Social Democratic Party (SPD) and former leader of the German-Israeli Society, and Daniel Rouach a French-Israeli professor at the Ecole Superieure de Commerce de Paris.

During the trial, prosecutors showed a dossier that had been compiled with information about Robbe. It included his addresses for work and home and a timeline of his usual daily activities. It is helpful for terrorists to have such a timeline because it allows them to find the place where it would be best to carry out an assassination – i.e. where there are less surveillance cameras or where there are usually severe traffic jams, and also the routes for entry and escape. The dossier shown in court showed the routes that the politician took and identified alternative routes he could take.

The dossier included some rookie mistakes that could have been avoided by consulting open-source information.

The defendant worked at the German Aerospace Centre in the north of the country and studied engineering.

It has not been reported why Iran recruited Syed, or how. It is also unknown if he received more than just basic training. Iran has however been known in the past to use foreign nationals to collect intelligence.

A car salesman of Iranian descent who was living in Texas was employed by Iran to arrange the assassination of the Saudi Arabian ambassador to the United States, however the plan unravelled when an informant for the Drug Enforcement Administration (DEA) transmitted information to the police about the plot.

This is proof enough that Iran is planning on a conflict with Western countries in spite of the Iran nuclear deal. The organisation regarding this assassination plot started well before the US or German elections, so it cannot be said that this is Iran attempting to disrupt the elections.