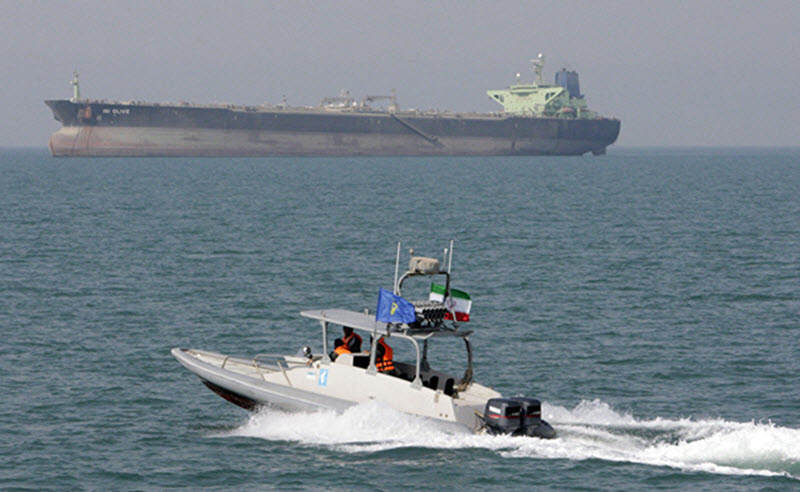 Pictures showing Iranian paramilitary forces loading missiles onto boats are behind a recent sharp escalation in tensions between the US and Iran, The New York Times reported Thursday.

The May 3 overhead images show fully assembled missiles being loaded onto boats in the Persian Gulf, three officials told the Times, raising concerns that they could be used by Iranian Revolutionary Guards to target US Navy vessels.

Other intelligence reportedly indicated threats to commercial shipping vessels, and to US troops in Iraq from Tehran-backed militias.

Read more: The US sent an aircraft carrier to ‘send a message’ to Iran — but it’s at a major disadvantage

The intelligence was taken by hawkish National Security Adviser John Bolton and Secretary of State Mike Pompeo to indicate that Iran may be preparing to attack US forces.

But others, including senior members of the Trump administration, senior European and Iraqi officials, and members of Congress reportedly believe that Iran’s move to arm the ships may be a defensive response to provocations from Washington DC, rather than a show of aggression.

The intelligence prompted the White House to send Bolton to announce on May 6 that US aircraft carrier strike groups and fleet of bombers would be sent to the Persian Gulf as a deterrent by the US.

And on Wednesday it reportedly prompted Pompeo to order the withdrawal of personnel from the US embassy in Baghdad.

CNN first reported last week that intelligence showing Iran was moving short-range ballistic missiles by boat had caused the US to increase its military presence in the Gulf.

According to the officials who spoke to the Times, Iran mobilized its forces because of US sanctions designed to stop nations buying its oil, and the US’ designation of Iranian Revolutionary Guards as a terrorist group.

The New York Times’ report on the alleged driver behind the escalation in tensions between Washington and Tehran came as the Washington Post reported that President Trump is unhappy with Bolton and Pompeo’s aggressive approach to the situation in Iran.

Trump wants to try a diplomatic strategy, when it comes to lowering recent tension with Iran, rather than allowing it to spiral into an armed conflict, several officials reportedly told the Post.

Trump is reportedly frustrated with advisers such as Bolton, who are angling for a direct confrontation of Iran.

The US military has reportedly laid out plans to deploy up to 120,000 US troops in the Middle East, according to national-security officials cited in a separate New York Times report.