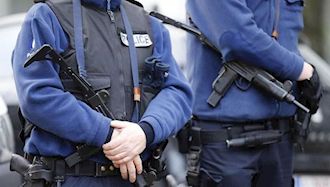 by Armin Baldwin
Tens of thousands of Iranians gathered to demonstrate for the peaceful transition to a free and democratic Iran, freed from the Iranian regime, outside of Paris, on June 30th.

Enthusiastic supporters are optimistic that a transition is achievable, now, while Iran is rocked with mass protests that have spread across the country, which are viewed as the most serious threat in the Islamic state’s history.

Iran’s faltering economy, including the downward spiral in the value of the rial, which rose to over 90,000 rial to a single U.S. dollar at this time, fuels the protests.

While the regime blames President Trump’s decision to exit the Iran nuclear deal for the economic implosion, the Iranian people point at corruption in the government and the decision to spend money on wars in Syria and Yemen for the situation.

The end of the nuclear deal, Iran’s involvement in the Syrian war, and its support for global terrorism are what drives the country’s isolation.

The annual Iranian opposition movement’s Grand Gathering in Paris presents an intolerable image to Tehran. Thousands of Iranians united in their support for democratic change were addressed by many speakers, including prominent members of the Trump administration like former New York mayor Rudy Giulianiwho is the president’s personal attorney.

Giuliani said of the protests, “When they do that, and when these protests continue to grow and grow, this threatens to topple the regime, which means freedom is right around the corner,” he said. “This is the time to put on the real pressure. The sanctions will become greater and greater.”

During the gathering, an Iranian diplomat and four others were arrested in connection with what Belgian authorities said was a foiled bombing attack targeting the rally.

According to Belgian authorities, an unnamed Iranian diplomat in Austria was arrested in Germany, and a married couple – Belgian citizens of Iranian heritage – were detained with “attempt at terrorist murder and preparing a terrorist crime” against the MEK. A fourth suspect was arrested in France.

The arrests came prior to a visit by Hassan Rouhani, who is attempting to salvage the 2015 nuclear deal.

“The conspiracy of the terrorist dictatorship ruling Iran to attack the grand gathering of the Iranian resistance in Villepinte, Paris, was foiled,” said a statement issued by the secretariat of the National Council of Resistance of Iran (NCRI), an umbrella group of the MEK, who added, “The mullahs’ regime’s terrorists in Belgium, helped by the regime’s diplomat terrorists, had designed for the attack.”

The media reports that the Iranian couple were in a Mercedes automobile when they were stopped by special forces and arrested on Saturday in Woluwe-Saint-Pierre, in Brussels. Allegedly, police found 500 grams of TATP explosive and a detonator hidden in a toiletries bag.

German police arrested a 46-year-old diplomat at the Iranian embassy in Austria. Police describe him as a “contact person” for the couple. Meanwhile, French police have arrested a 54-year-old accomplice.

Authorities said that they had monitored communications among the individuals, and suspect that the couple took orders from the Iranian diplomat. Security analysts and Western officials say that extensive networks in Europe are maintained by Iranian intelligence agencies to carry out covert operations.

There is a long history of the Iranian regime mounting attacks on Iranian dissident groups, including a series of attacks on refugee camps in Iraq, that housed thousands of MEK members before they were finally resettled in Europe.

Efforts by the regime to halt the effectiveness of the resistance movement include making membership in, or support for, any group punishable by death. The regime has also invested in the Iran lobby in an effort to discrediting these groups using PR campaigns — most notably the National Iranian American Council.

Making the arrests in Belgium noteworthy is the rise in Islamic extremist terrorist attacks. However, the escalation to a direct attack on a peaceful rally should convince the West of the dangers inherent in the Iranian regime.