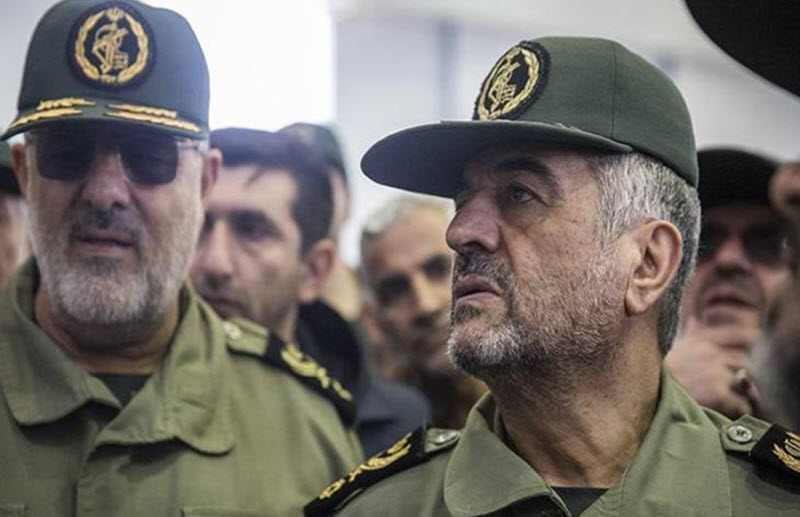 Mohammad Ali Jafari, the head of Iran regime’s Islamic Revolutionary Guards Corps gave an interview to the state-run Soroush Magazine, in which he said that the organization tasked with protecting the regime at all costs, had “organized around 100,000 popular forces” in Syria and Iraq.

Excerpts of the interview were published by Iranian media, in which Jafari is cited as adding that this and Hezbollah’s “missile capabilities” were just some of the “unrivaled success of the Islamic Revolution”.

Brian Hook, the State Department’s special representative on Iran, warned the regime about its involvement in Iraq and Syria once again. On March 15th, Hook told Alhurra television, “Since 1979 they have sought to undermine various states, and they want to replace their national identity with a sectarian identity.” Hook added that this had created instability in the Middle East and contributed to the violence and bloodshed.

Additionally, EU leaders have said that despite their opposition to Trump’s decision to leave the nuclear deal, and their continued support of it, they also believe that the Iranian regime has played a destructive role in the Middle East.

According to Major General Jafari, Iran did not spend as much as the US in the region. He claimed that Washington spent trillions against what he called “the resistance” in the region.

Previous reports said that Iran had spent 4 billion dollars in support of Syria’s dictator, Bashar al-Asad. But, with the re-imposed US sanctions, Iran is losing its financial ability to support its adventurism and malicious activities. Financing its forces, like Hezbollah and Hamas, has become a major financial problem.

In fact, Hezbollah Secretary General Hassan Nasrallah recently made a desperate plea for donations on television, because the group is “facing financial difficulties” as a result of sanctions against “our backers”.

Hezbollah has been designated as a terrorist organization by the US, and more recently, Britain. London previously designated Hezbollah’s external security unit and its military wing in 2001 and 2008 respectively, and it has now banned its political arm as well.

Palestinians in the Gaza Strip have seen their taxes raised by the Iran backed Hamas organization in Palestine. The AP reports that there are videos that have circulated online that show Hamas forcibly dispersing hundreds of demonstrators who are protesting tax hikes and poverty.