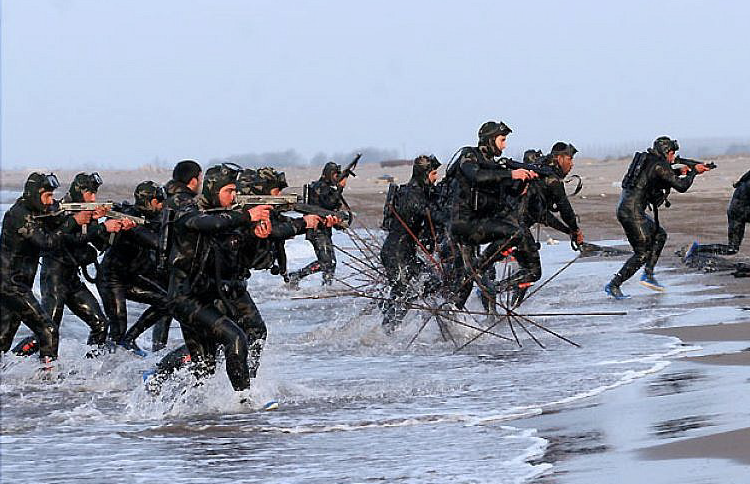 Tensions between Iran and the United States have been escalating over the past few months. When U.S. President Donald Trump took office, he immediately started to crack down on Iran – in complete contrast to the Obama administration that let the regime run free without taking decisive action to curb the threat.

Rhetoric immediately toughened and the Trump administration put the mullahs on notice. President Trump had promised that he would withdraw from the joint Comprehensive Plan of Action (JCPOA), or 2015 Iran nuclear deal as it is also known, before he even took office. He didn’t immediately pull out, but he kept his word. Last year, he announced that the U.S. was exiting the deal and that tough economic sanctions would be re-imposed.

Fast-forward a year and the Iranian regime is being subjected to some crippling economic sanctions, including a ban on exporting its crude oil – one of its biggest sources of revenue.

Crippled by economic issues, the regime has threatened – and followed through – on breaching the limits of enriched uranium that the nuclear deal allows. It is trying to force the Europeans into easing the economic setbacks that it is battling.

However, the Europeans are going to have a hard time in complying with Iran given the sheer number of belligerent acts the Iranian regime has been responsible for in recent months alone. The Europeans have been very clear that they want to keep the nuclear agreement intact, but surely it will not be at any cost?

The regime’s true colours are very apparent and its rhetoric proves that there is not a single ounce of moderation to be found.

Last Friday, a very influential cleric threatened the United States in no uncertain terms. Mohammad Ali Movahedi-Kermani said that the Islamic Republic is ready for war and said that the Gulf will go from “Azure to red”. He said: “Think of an attack only if you want to change the colour of the Persian Gulf waters from azure to red.”

The influential speaker also said that if tensions continue to escalate, Iran will “abandon all constraints” as it goes to war.

President Trump has already said that he wants to get the Iranian regime to come back to the negotiating table, but clerics in Iran have scoffed at the idea.

Iran is testing the limits set out by the United States and is seeing how far it can push its luck with the Europeans, and indeed the rest of the international community. But it is a risky strategy that is going to backfire.

The Iranian regime is under immense pressure, not just from foreign countries, but also on the domestic level. The people of Iran have made it clear that they will not rest until the regime finally collapses.

If the United States really wants to continue with its maximum pressure campaign, it would do good to put its weight behind the people of Iran and voice its support for their future vision of Iran which involves freedom, democracy and human rights.