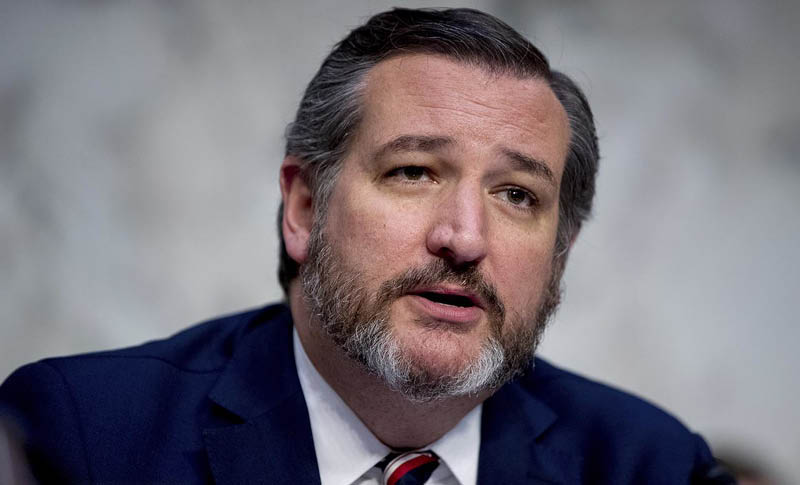 US President Donald Trump discussed easing sanctions on Iran during a meeting on Monday in an effort to set a meeting with President Hassan Rouhani and Texas Senator Ted Cruz said it would be a “serious mistake”, reported Bloomberg on Wednesday.

“Relaxing the maximum pressure strategy, which is succeeding in dramatically weakening the world’s leading state sponsor of terror, would be an enormous mistake”, said Cruz in his statement.

“Whether or not a meeting occurs, lifting sanctions on Iran, giving the ayatollah an economic lifeline while Iran remains the world’s leading state sponsor of terrorism, would be profoundly harmful and a serious mistake,” said the Texas Republican, in an interview Wednesday at the Capitol.

“Now, the president has made clear he is happy to take a meeting with no preconditions, but we are maintaining the maximum pressure campaign. I think you know we’ve done more sanctions on Iran than anybody, and it’s absolutely working,” Treasury Secretary Steven Mnuchin told reporters Tuesday in a joint press briefing with Secretary of State Mike Pompeo.

The new US sanctions are pinpointing measures against 15 leaders, individuals, and entities associated with the Revolutionary Guards (IRGC), Hamas, al-Qaeda, and ISIS, according to a statement issued by the U.S. Treasury Department.

Among the individuals sanctioned are Muhammad Said Izad, a senior figure with the IRGC units stationed in Lebanon, and described as the “chief” figure of the “IRGC ­Quds Force Lebanon Corp.”

At the time, White House statement quoted the US President that “This action sends a clear message to Tehran that its support for terrorism has serious consequences. We will continue to increase financial pressure and raise the costs on the Iranian regime for its support of terrorist activity until it abandons its malign and outlaw behavior.”

“This designation, which should have been implemented long ago, should be coupled with the designation of the Iranian Ministry of Intelligence and Security (MOIS)”, said Mrs. Maryam Rajavi, President-elect of the Iranian opposition coalition National Council of Resistance of Iran (NCRI), in a statement following the IRGC’s FTO designation.

She emphasized on 7 September once again that, “The solution lies in the hands of the Iranian people and Resistance who seek the overthrow of this dictatorship. The international community will also have to recognize the desire of the Iranian people and Resistance if the want to get rid of an epicenter of fundamentalism and terrorism in the world.”

The solution lies in the hands of the Iranian people and Resistance who seek the overthrow of this dictatorship. #FreeIran #Iran pic.twitter.com/ua278poBSO