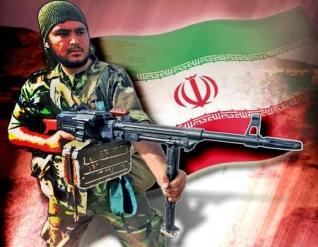 Following the 9/11, New York Twin Tower bombing tragedy, the Iranian regime was named by then President of United States as part of “axis of Evil”. The sponsorship of terrorism by the Iranian regime is well known to the entire world. It’s public support for such groups as Hezbollah in Lebanon, Hamas and Islamic Jihad in Palestine and its covert support for Al-Qaida and Taliban is no secret.

The world still has not forgotten the tragic hijacking of an airplane in 1985 in Lebanon resulting in death of American nationals.  The deadly suicide attack to US Marine barricades in Beirut in 1983 killing 241 US servicemen, deadly Khobar towers attack in Saudi Arabia killing 19 US soldiers, attacks to US and French embassies in Kuwait in 1983 and finally the assassination of Rafique Hariri, the prime minister of Lebanon in 2005, are only examples of Iranian regime’s continuous support for terrorism worldwide.

The Iranian opposition movement, People’s Mujahidin Organization of Iran (PMOI/MEK) on the other hand, is a well known and popular organization with democratic aims and respect to all international treaties, struggling to establish a democratic, secular government based on equality of men and women, peaceful coexistence with the neighboring countries and the international community, abolishment of death penalty and a nuke free Iran.

MEK has been the main victim of terrorism of the ruling clerics in Iran. For the past three decades, more than 120,000 of its members and supports have been executed in dungeons of this regime or have been victims of more than 450 terrorist operations in Iraq, Turkey, Pakistan and Europe.

When Clinton administration in 1997, placed MEK in its Foreign Terrorist Organizations (FTO) list, it was obvious that it was a goodwill gesture by the US administration trying to open dialogue with Iran’s then new president, Mohammad Khatami. Shortly after, Europe followed the same illegitimate path to include MEK in the black list of the European Union in 2001.

One might wonder why MEK was chosen as a bargaining chip in negotiations with mullahs’ regime? The answer is that MEK poses the most danger to this regime and is the most powerful and prominent force to topple this regime using its well organized network of members and supporters in Iran.

It was MEK who made a great contribution to the world community by revealing, for the first time, the Iranian regime’s clandestine nuclear enrichment facilities in 1991. The Iranian regime who was trying to obtain a nuclear weapons capability to advance its evil ambitions in the region, found itself in a sudden confrontation t with the international community over its nuclear projects.

All these indicate that MEK represents a bright future for the Iranian people and the long lasting struggle they have had during past 30 years for freedom and justice under the suppressive mullahs’ rule.

The Iranian regime threat has one and only one solution, a serious, strong and popular resistance movement. A movement that is dedicated to promote democracy in Iran and in the region; we have it all gathered in one group, the MEK. Therefore, it should be supported just like Libya.

MEK should be removed from State Department’s FTO list since it has no connection to terrorism. It is a legitimate resistance movement with roots in Iranian Society inside Iran and outside Iran amongst Iranian Diasporas.

MEK not only should be removed from FTO list but also should be supported by the international community in its quest for freedom in Iran.

About the Author: My name is Hamid Arbab. I am an Iranian political activist currently residing in Berlin. As a former political prisoner, I have experienced the barbaric tortures of the ruling clerical regime in Iran. My older brother Mohammad Hassan Arbab, a human rights activist who was assisting the refugees fleeing Iran was assassinated in Karachi, Pakistan by an Iranian death squad in 1993.
As a political activist struggling to establish a democratic Iran and reunite it with the international community, I think  that the first and most important step for United States and Western countries is to remove the People’s Mujahidin of Iran (PMOI) from United State’s list of Foreign Terrorist Organizations (FTO) to persuade change in Iran. This would be the most significant action by the United States to support democracy movement in Iran.