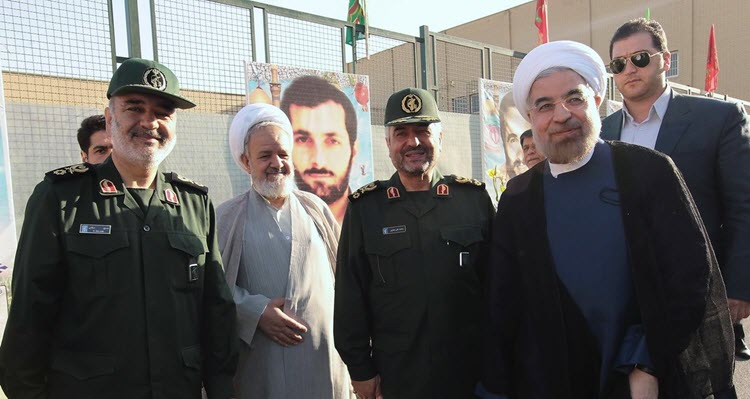 Iran is continuing with its habit of provoking the United States. Recently, Iranian vessels approached a US Navy ship in international waters causing the US to fire warning shots.

Iran is testing the United States and the resolve of its President.

Trump and numerous officials in his administration have spoken again Iran and its provocations and aggression and have vowed to ensure this changes. The US has declared itself committed to making sure Iran faces consequences if, or when, it violates the terms of the nuclear deal or United Nations sanctions.

One step towards confronting the regime would be to designate its Revolutionary Guards Corps (IRGC) as a foreign terrorist organisation. The IRGC has been involved in terrorist activities across the region and many are urging the US government to go ahead with the designation.

To designate the IRGC as the terrorist organisation would allow more control over its activities abroad. Foreign companies would be able to do the necessary due diligence and businesses would be deterred from doing business with firms that have links to the IRGC.

The National Council of Resistance of Iran (NCRI) has carried out research into the IRGC’s methods of doing business and bypassing sanctions, etc. Its study entitled “Iran, The Rise of the Revolutionary Guard’s Financial Empire” reveals that the IRGC starve investments inside Iran if they have the potential to bring moderation to the country.

The IRGC has a huge influence on the Iranian economy and is in control of almost half of the official piers registered in the country. This allows the IRGC to smuggle arms, ammunition, etc. outside of Iran towards other countries where its militias are located. It is making a huge profit from its control over exports and imports and is ruining the local economy while doing it.

In Syria, where the Iranian regime has had an involvement since the beginning of the civil war, the IRGC is using a large amount of money to fund Hezbollah and other foreign militias in order to support the Assad regime. Many leaders in the region, and further afield, have identified Iran as the main problem in Syria and the wider Middle East. In particular, the IRGC which is using its massive wealth to further the ambitions of the country.

If the US were to designate the IRGC as a terrorist organisation it would send a very clear message to Iran that the Trump administration is serious and its rhetoric is more than just “talk”. It also shows that the US is serious about fighting terrorism.