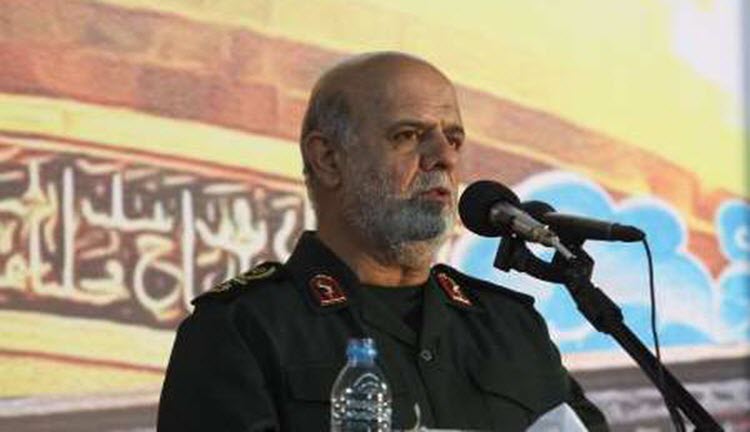 Brigadier General Iraj Masjedi, adviser of Qassem Soleimani, the commander of the terrorist Qods Force, has just been appointed as the new ambassador of the Iranian regime in Iraq. The Asr-e state-run website said that the regime’s embassy in Iraq’s capital is “one of the strategic positions abroad”. It also added that the embassy and it ambassador are considered “of the utmost importance”.

The position is currently occupied by Hassan Danaifar who is coming to the end of this six-year term.

In June last year Masjedi had said that fighting in Syria was to defend Iran’s borders.

And recently he said: “Yesterday the frontline of our fighters was Abadan, Khorramshahr, Mehran and… and now the frontline is Mosul, Lebanon, Aleppo and Syria.”

He is a very senior commander with the terrorist Quds Force and he has been tasked with helping the regime meddle abroad. He has had involvement in terrorist attacks in Iraq.

Speaking about the appointment of Masjedi, Saudi minister of state for the Gulf region Thamer Al-Sabhan, criticised the decision and called for the closure of the Saudi consulate in Iraq.

On Twitter he said: “Iran appoints a war criminal and (one of the) world’s wanted men as its envoy in Iraq and demands closing the Saudi consulate in Erbil. We didn’t hear any Iraqi comment! True comprehensive sovereignty!”