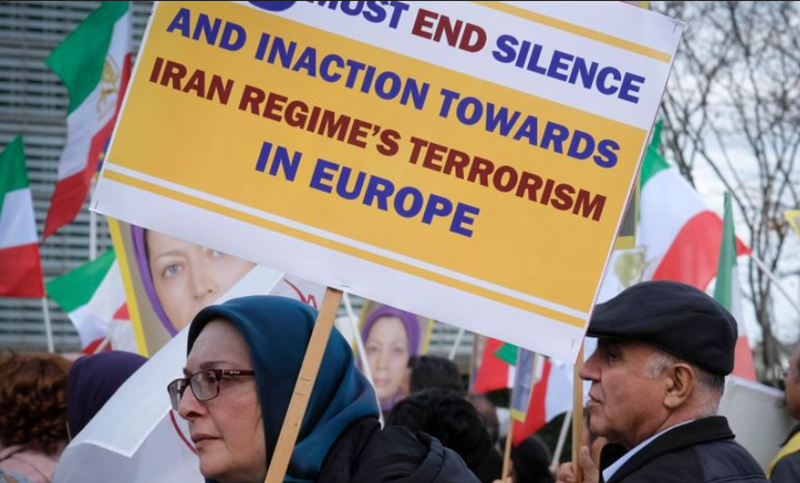 The Trump administration repeatedly warns against Iran’s global threat. When he announced the US exit from 2015’s Joint Comprehensive Plan of Action last May, Trump cited the agreement’s failure to constrain Iran’s overall behavior, or to facilitate peace and stability in the Middle East.

America’s allies across Europe, however, have continued their commitment to the JCPOA, but their commitment has recently been tested. While the European Union continues its plans for a “special purpose vehicle”, it has also recently imposed sanctions in response to terror plots on Western soil.

The Trump administration declared Iran to be the world’s foremost state sponsor of terrorism. European policymakers have not taken Trump’s warnings seriously. They defended Iran’s position in the face of rising levels of pressure from the US Government.

Then, on June 30th of last year, when European authorities uncovered a plot to set off explosives at an event near Paris, they learned that the plan had originated at the highest levels of the Iranian regime and been channeled through a high-ranking Iranian diplomat in Austria.

The Paris bomb plot targeted the coalition of which the PMOI is the main constituent group, the National Council of Resistance of Iran (NCRI). The diplomat was arrested along with two criminal associates.

The Paris plot was only one Iranian terror plot to be uncovered in 2018. In fact, it was the second known attempt at a large-scale attack on activists affiliated with Iran’s organized, democratic Resistance movement. Iranian operatives were arrested while gathering intelligence on their target in Albania — the compound housing more than 2,000 exiled members of the People’s Mojahedin Organization of Iran (PMOI or MEK).

Last October, Danish authorities revealed that they had disrupted plans to assassinate leaders of a separate opposition group, as well.

In Iran, 2017 ended with a mass uprising against the regime. Protests continued throughout 2018, which was described as a “year full of uprisings” by NCRI President Maryam Rajavi.

With its endorsements of the Iranian uprising, the White House has conveyed that it recognizes the viability of the Resistance as an alternative government. This should also be the message that the administration conveys to its partners at the conference on Middle Eastern affairs that will be held in Warsaw on February 13th and 14th.

In Paris on February 8th, Iranians will be displaying solidarity with Iran’s domestic activist population and calling for more EU support. The EU should embrace the policies of the US.