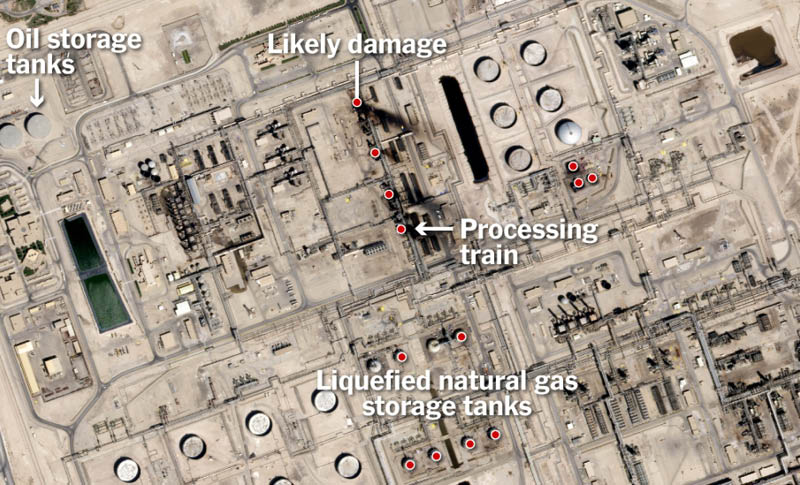 It appears likely that the Iranian regime attacked the Saudi Aramco oil refinery last week, with US intelligence officials allegedly providing evidence that the attack was carried out by cruise missiles. There can be no doubt that this is a “terrorist act”, according to Iranian human rights activist Hamid Enayat, something the Iranian regime is no stranger to.

But why would the regime take such action when it’s being so hard-hit by economic sanctions and is desperate for the support of those in Europe who (misguidedly) want to save the nuclear deal? How would this attack do anything but push this support away?

Well, the regime’s first goal for terrorist attacks is to preserve its domestic and overseas troops, including Hezbollah, which have been hit by the US sanctions on Iran and receives less funding than it used to. The regime may well think that this is a way to blackmail the US or Europe into giving the regime concessions, lest Iran commit another such attack.

However, this is actually more likely to unite Europe and the US against Iran, which would be detrimental to the regime. The regime is unlikely to gain anything from this, as initial reactions to this event have already confirmed. This should make everyone realise that concessions to the regime only lead to more malign behaviour and that a firm policy on Iran is needed.

France, which was trying to resolve US-Iran tensions and give a $15 billion credit to the regime, will not be able to negotiate now. Even if Iran still benefitted economically, they couldn’t get rid of the major crisis they are facing, which is the uprising of the Iranian people?

Enayat wrote: “The main issue of the regime [is] the confrontation between the Iranian people and the Iranian people’s resistance with the regime, which has spent all the wealth of the Iranian people for military interventions and creation of various militias in the region. Poverty is rampant and two-thirds of the population of oil and gas-rich Iran are below the poverty line. Can it respond to the army of the starving?”

Enayat addresses that the Iranian people, particularly women and young people and looking for change, which is why women and youth increasingly welcome Maryam Rajavi, the leader of the Iranian opposition, who fights against the misogynist regime. That’s why the people in 75 cities burned images of the Supreme Leader and the buildings of the state security forces.