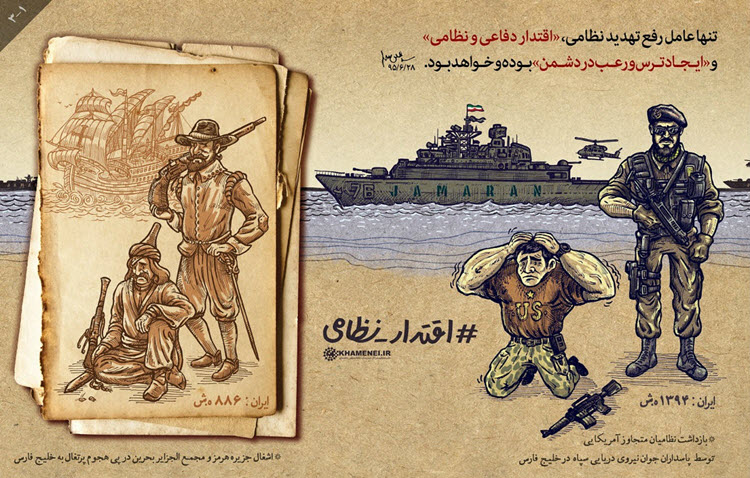 President Donald Trump makes it very clear that he does not adhere to the policy of his predecessor for Iran or many other issues.

On February 2, 2017 Michael Flynn, former National Security Advisor, put Iran “on notice” over missile tests. The next day Trump tweeted, “Iran is playing with fire — they don’t appreciate how ‘kind’ President Obama was to them. Not me!”

During his campaign, Trump described the Nuclear Deal with Iran by saying, “It’s one of the worst deals ever made.”

Indeed a departure from President Obama’s approach to Iran, as his administration’s objective was to make a deal that would restrict Iran’s nuclear program, and protect the deal after implementation began.

In an article for War on the Rocks, Avner Golov, recipient of the Morris Abrams award, and former member of Israel’s National Security Staff, writes, “To that end, it seems Obama was willing to put up with Iran’s non-nuclear provocations in the region, as well as its support for terrorism. To shy away from Obama’s policy, though, Trump does not have to back out of the deal, but he does have to shift America’s view of the Iranian challenge. His strategy should be much more comprehensive, with the goal being to weaken Iran and its allies while bolstering America’s role and alliances in the region. Instead of subordinating American interests to an Iranian nuclear threat, Trump should advance three parallel efforts: huddle, block, and tackle.”

According to Golov, the US administration should:

• “First, it is essential the new administration huddles with its allies in the region. Given the reluctance of the American public to start a new military campaign in the Middle East, the United States would have to carefully allocate its resources and wisely choose its battles to maintain credible punitive measures against Iran. For that reason, the United States’ special relationship with Israel and its close cooperation with the Sunni countries should remain the bedrock of U.S. regional strategy.

“Joint concern regarding Iran’s role in the region provides a solid basis for collaboration. Mutual trust lost during Obama’s terms, however, must first be regained. To that end, the Saudi statement about “a historical turning point” following the Saudi Deputy Crown Prince Mohammed bin Salman’s meeting with the president is a positive omen. Defense Secretary Jim Mattis’s recent memo, asking for the relaxation of the American restrictions on arms-sales to Gulf countries involved in the war against the Iranian Houthi proxy in Yemen is another indication that the new administration is acting to strengthen U.S. relationships with its Gulf allies. Egyptian president Abdel-Fattah el-Sisi’s trip to Washington also heralds a possible new era for U.S.-Sunni Arab relations.

“Strong bilateral collaboration is necessary but not sufficient to cope with the Iranian challenge. The American huddling policy should aim to form a multi-national joint task center to coordinate with its Sunni partners’ operations to counter Iran in the region. Simultaneously, the administration should conduct an intimate dialogue with Israel to coordinate goals and policies against possible scenarios of Iranian activities, and promote tacit cooperation between Israel and the Sunni coalition. It is essential that the United States discusses their joint response to mitigate Israeli misgivings about Iran’s nuclear and non-nuclear intentions. The United States can do this by talking with Israel about the delivery mechanism of bunker-buster bombs to Israel if Iran dashes for nuclear weapons as well as Washington’s policy on Iran-led forces on the Syrian border in the event of a future conflict on Israel’s northern border.

• “Secondly, the new administration should seek to block Iran’s path to nuclear weapons in the long term. For now, the Joint Comprehensive Plan of Action is the best available means to stop the Iranian nuclear program in the coming years. From year eight (2023) however, this deal allows Iran to gradually enlarge its nuclear infrastructure, and within several more years, as stated by Obama, reach an almost “zero breakout time” — the time required for Iran to produce sufficient fissile material for a bomb.

“The next few years should thus be dedicated to strengthening the American position against Iran while striving to change the conditions after year seven of the deal. To this end, restoring a credible lever over Tehran is imperative.

“As such, the Trump administration should revive American deterrent power before reopening the bargaining process. For now, the president should declare his resolve to use economic sanctions and military force to prevent Iran from significantly shortening its breakout time after the deal’s sunset clause comes due. He then should work with his allies in Europe and Asia to coordinate a punitive international mechanism to take steps against Iran’s most sensitive economic targets: the energy and financial sectors. The U.S. military should also be prepared to conduct surgical strikes against Iran’s central nuclear infrastructure in order to halt any Iranian attempt to dash toward the nuclear threshold. Such an attack, however, must avoid a direct threat to the regime’s survival, which could lead to a large-scale escalation and perhaps a major regional war.

“By setting a new redline and reinforcing it with credible economic and military threats, Washington could perpetuate the deal’s main achievement: deterring Iran from developing a large-scale nuclear program and eventually convincing Tehran to negotiate a new deal. Trump’s public revulsion of the deal can strengthen the American position in diplomatic bargaining with Tehran. By signaling resolve to sacrifice the deal to preserve its objective in the long term, the American president could pressure Iran to accept a deal which better serves American interests.

• “Finally, the United States itself should tackle Iran. These efforts should focus on detecting and thwarting Iranian military and financial aid to its proxies in Syria, Iraq, Lebanon, and Yemen. The United States should decisively respond to attacks on its allies in the region by Iran or its allies (such as the Houthis’ attacks against a Saudi ship in January and on a U.A.E. ship in October). Until now, the U.S. response has been limited to targeting Iran’s proxies when they attack American vessels. To signal a more assertive approach, Washington should employ diplomatic and economic measures against Iran, particularly against the Iranian Quds Forces and its commander Qasem Soleimani, which and who manage Iran’s proxy wars.”

Additonally, Golov says it is time for a new U.N. Security Council Resolution that compensates for the vague language of Resolution 2231. The new resolution should unequivocally prohibit Iran from developing ballistic and cruise missiles designed to carry nuclear weapons.

American policy, says Golov, should oppose acceptance of Iran as a legitimate member of the international community it continues its current misbehavior in the region.

The Middle East presents great challenges for Trump’s national security team. The president, however, may turn the current unitary U.S. strategy in the region into a multi-dimensional one making America strong in the eyes of its friends and foes.