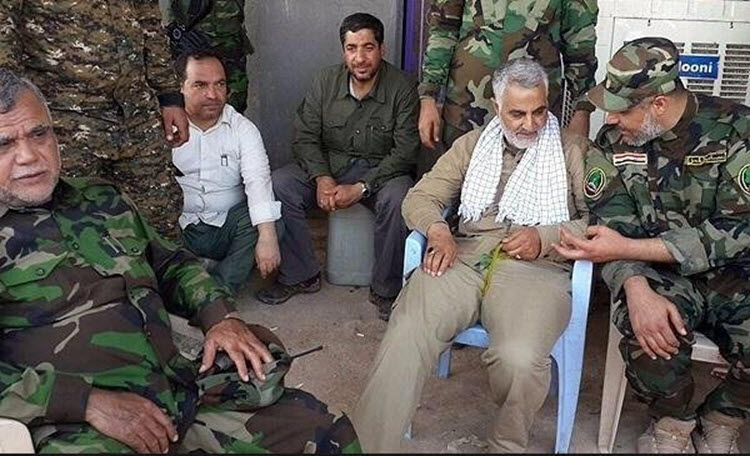 Some say that after the liberation of Mosul from ISIL control that the American military must stay, however our presence is defined. They ask why we intervened, if we are to leave Iran free to dominate Iraq?

“Iran is playing for keeps in Iraq,” says Brian J. Dunn in his article for Track Persia, a Platform run by dedicated analysts who spend much of their time researching the Middle East,looking for indications of growing expansionary ambitions on the part of Iran in the MENA region and the wider Islamic world.

“Iran helped create Lebanese Hizballah in the early 1980s and has been trying to apply the Hizballah model in Iraq through its support for groups like Kata’ib Hizballah and Asa’ib Ahl al-Haq for more than a decade. It has likewise been trying to apply this model in Syria since 2011, through its support for the pro-regime National Defense Forces and various Shiite Hizballah-type militias. Iraqi and U.S. decision-makers need to understand how this model is being applied in Iraq, in order to appreciate its implications and to better counter it there, and elsewhere,” writes Dunn.

During the Iran-Iraq War, after ejecting the Iraqis from Iranian territory seized in 1980, the Iranians justified their offensives against Iraq as being  necessary to get to Israel.

Iran has used its power in Iraq to defend Assad in Syria, according to Dunn,  and Iran still wants Iraq to reach Israel.

Even if Iran obeys the terms of the nuclear deal, in less than a decade, it will be free to pursue nukes without Western interference.

Dunn believes that one of the main reasons the Iraqi government relied on Shia militias even before Mosul fell, was because of the reduced effectiveness of Iraqi security forces. The Iraqi security forces were weakened without America there to guard against Iranian influence, and so the Iraqi government replaced army leaders with commanders loyal to Baghdad, without regard to military competence. He says further, “Without an American military presence, our ability to even see that military leadership problem was crippled.”

Dunn continues, “After Mosul, with all those Shia militias loyal to or vulnerable to following Iran (and Iraq never did use the pro-Iran militias as cannon fodder against ISIL to kill two birds with one stone), will be in a far better position to encroach on Iraqi sovereignty and harm American influence in Iraq to keep Iraq a positive factor in fighting terrorism in the region rather than being a negative force (as it was under Saddam) in harming regional security.That Iraqi army leadership problem is why Iraqi resistance in the north collapsed so dramatically when ISIL struck in mid-2014 (and we ignored the collapse of Iraqi control in western Anbar in the early part of the year).”

“Will President Trump walk away from winning the post-war fight in Iraq after President Obama initiated Iraq War 2.0 to re-win a military victory in Iraq? Or is a potential Israel-Iran nuclear war in the region no big deal?” Dunn asks.