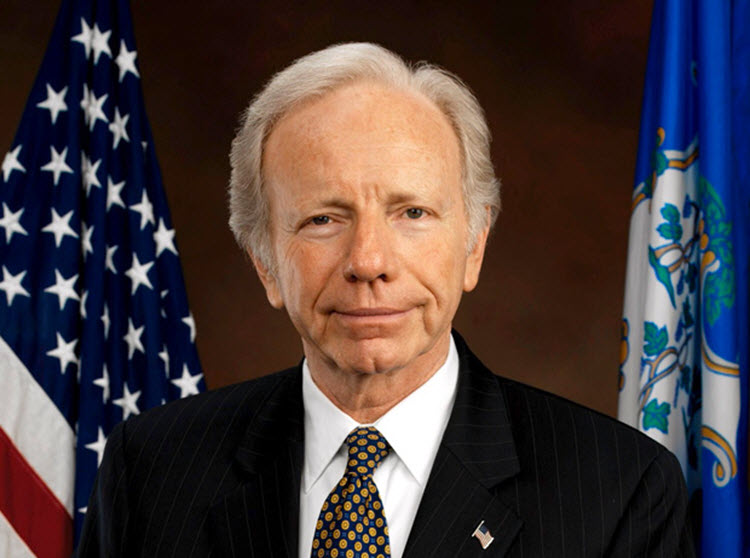 In his September 7 article for the Wall Street Journal, Joseph I. Lieberman, who is a former U.S. senator from Connecticut, and is currently chairman of United Against Nuclear Iran, discusses Tehran’s deadly actions vs. current sanctions relief.

In the wake of September 11, 2001, the American people made a commitment to “Never forget”. Former Senator Lieberman worries that our leaders may have forgotten Iran’s role in the worst terror attack on American soil, swell as its assistance to terror organizations around the world.

“In the last 15 years, aggressive U.S.-led military and intelligence operations have killed many of al Qaeda’s leaders and damaged the group’s ability to plan and execute a similar attack. But a key al Qaeda partner, Iran, has never been held responsible for its enabling role,” Lieberman writes, even though the 9/11 Commission found that “there is strong evidence that Iran facilitated the transit of al Qaeda members into and out of Afghanistan before 9/11, and that some of these were future 9/11 hijackers.”

The world’s leading state sponsor of terrorism is Iran, according to the U.S. State Department.  Lieberman says that, “What is not adequately understood, however, is the regime’s willingness to work with extremists of the Sunni sect in the Arab world and elsewhere—even though it views itself as the vanguard of the world’s Shiite community. Iran is aiding both Sunni and Shiite terror organizations—including Sunni Hamas and Sunni Islamic Jihad, and Shiite Hezbollah and Shiite Iraqi militias.”

When Osama bin Laden lived in Sudan’s capital, Khartoum, in the early 1990s, Sudanese religious scholar Ahmed Abdel Rahman Hamadabi arranged a meeting between Sheikh Nomani, an emissary of Iran, and bin Laden. Scholar Rohan Gunaratna, alleges that Sheikh Nomani “had access to the highest echelons of power in Tehran.”  According to the Washington Institute’s Matthew Levitt and Michael Jacobson, “Iran and al-Qaeda reached an informal agreement to cooperate, providing critical explosives, intelligence, and security training to bin Laden’s organization,” as a result of these consultations.

“Because Islamic Revolutionary Guard Corps (IRGC) already supported Hezbollah operationally and financially, a vehicle was in place through which they could support and influence al Qaeda,” states Lieberman, adding, “Operating through Hezbollah gave Iran immense freedom to funnel money and weaponry and to train al Qaeda operatives in deadly tactics that would be employed around the world, including against the U.S.”

Further, he says, that a finding by Judge John D. Bates of the U.S. District Court for the District of Columbia in the 2011 case of James Owens et al. v. Republic of Sudan et al, states, “The coordinated 1998 truck bombings targeting the U.S. embassies in Kenya and Tanzania were a direct result of the Iranian terror training.”

After 9/11, al Qaeda fighters fled from Afghanistan to Iran, where it was claimed that these terrorists were under “house arrest.” Lieberman says that, “In reality, Iran regularly granted the terrorists freedom to move within Iran and to cross into Iraq and Afghanistan to carry out attacks. From their safe base in Iran, al Qaeda members planned terrorist operations, including the 2003 attack in Riyadh, Saudi Arabia that killed 26 people, including eight Americans, and the 2008 attack on the American Embassy in Yemen that claimed 16 lives, including six terrorists.”

In 2011, the Treasury Department officially accused Iran, as a Wall Street Journal report put it, “of forging an alliance with al Qaeda in a pact that allows the terrorist group to use Iranian soil as a transit point for moving money, arms and fighters to its bases in Pakistan and Afghanistan.”

In the May 2011 raid that killed Osama bin Laden, newly declassified letters were captured, as well. They reveal how critical the Iran alliance has been to al Qaeda.  In fact, bin Laden directed al Qaeda not to target Iran because “Iran is our main artery for funds, personnel, and communication,” in a 2007 letter.

“Yet even as the U.S. has decried Iran’s support for terrorism, Washington policy makers have pursued closer relations with Tehran. In the years following reports, court rulings and U.S. government findings exposing the Iran-al Qaeda alliance, the U.S. led the countries known as the P5+1 in making a deal with Iran that at best postpones Iran’s nuclear ambitions—while giving them billions of dollars now, and a legal path to nuclear weapons in the future. We negotiated with our enemy, the Iranian regime, notwithstanding its declared and demonstrated desire to destroy our country,” declares Lieberman, who concludes, “On the 15th anniversary of 9/11, the U.S. should not be rewarding Iran for its deadly actions with gifts of sanctions relief, and the easing of arms embargoes and ballistic-missile restrictions. It is time to hold the regime accountable for its reckless aggression and support of terrorism.”