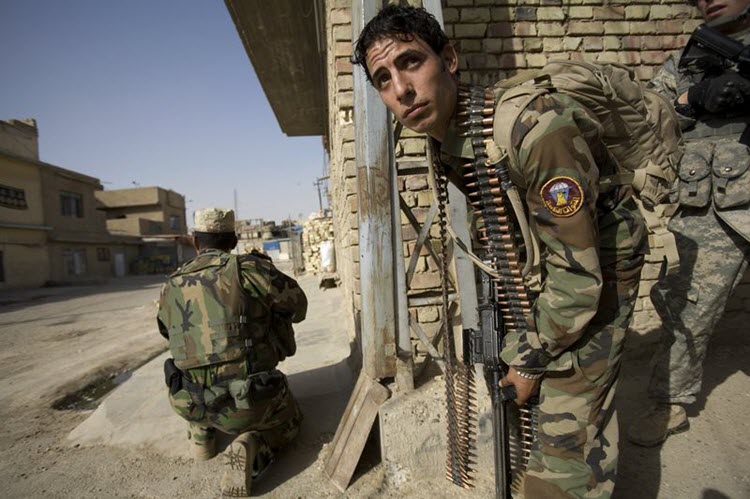 The Iranian regime, its Revolutionary Guards (IRGC) and its paramilitary Basij militia have been targeting dissidents for decades. They suppress the population of Iran and arrest or torture people as they see necessary. In other words, people with a voice.

The founder of the Iranian regime, Ruhollah Khomeini, vowed to put all his energy into remaining in power and set about cracking down on the population. The IRGC were soon enlisted to train proxy groups that could spread terror under the name of Islam.

For more than three decades the Iranian regime has been spreading chaos across the Middle East. It has even reached Europe, and as far away as Argentina.

This is the “Islamic Revolution” for Khomeini – an obscene and twisted interpretation of a divine religion. His visions of a Shiite empire led him to target Bahrain, Lebanon, Yemen, Iraq and Syria.

This has brought devastation to the region. As well as the billions of dollars spent, there was more than a million deaths in the 1980s Iran-Iraq War.

Then of course there were many more deaths after the Iraq war in 2003.

The regime was also responsible for the assassination of exiled Iranian dissidents in Europe.

Ali Khamenei, the current Supreme Leader, has made sure that executions are carried out more frequently than ever. During the four years that President Hassan Rouhani has been in office there have been more than 3,000 executions.

In 1988, there were around 30,000 political prisoners killed. Officials with top positions in the Iranian regime are still in power today. The majority of people killed in the 1988 massacre were supporters or members of the People’s Mojahedin Organization of Iran (PMOI/MEK) – the main Iranian opposition group.

Nowadays, freedom of speech is still not tolerated in Iran. Academics, artists, journalists and users of social media are victims of the brutal crackdown by the regime.

This all goes against the values held in Western countries. The international community’s silence is allowing the regime to continue oppressing the people. The Obama administration gave Iran concession after concession, resulting in the regime becoming more emboldened than ever.

The Trump administration seems to realise that the Iranian regime is the main source of unrest in the Middle East. For as long as the regime is meddling in the affairs of Syria, there will be no peace. The same stands for other countries in the region.

The National Council of Resistance of Iran (NCRI) has been warning this for years.

Trump announced: “We will reinforce old alliances and form new ones – and unite the civilized world against radical Islamic terrorism, which we will eradicate completely from the face of the Earth.” Maybe the first new alliance should be the NCRI.