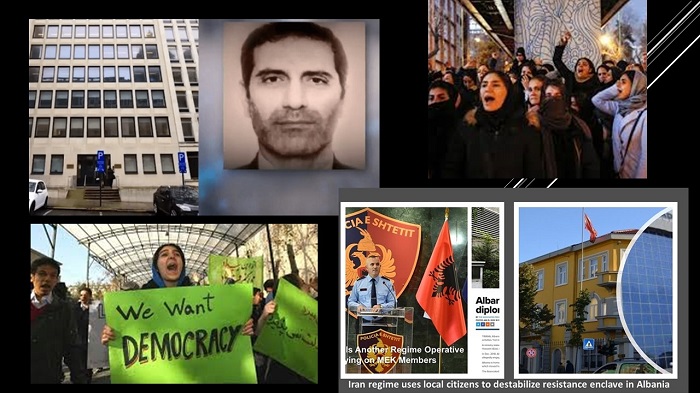 The Iranian regime is the number one state sponsor of terrorism in the world. It spends huge sums of money, taken from the people of Iran, to fund terrorist groups and to plot terrorist activities across the world.

Right now, Belgium is trying a case related to Iran’s terrorism. Iranian diplomat Assadollah Assadi was arrested for his role in a plot to bomb the Iranian Resistance’s annual Free Iran gathering just outside Paris in 2018. He instructed two operatives to bomb the gathering, but thankfully European authorities foiled the plot before any damage was done.

Aside from the large number of casualties that could have happened (not forgetting that almost 100,000 Iranians from around the world and dozens upon dozens of political dignitaries and distinguished personalities were in attendance), the terrorist plot and subsequent trial should be forcing European governments into reassessing their policies towards Iran.

Alejo Vidal-Quadras, former vice-president of the European Parliament and professor of atomic and nuclear physics, reminds us that the foiled plot in France was just one of a series of plots the regime was planning – one being foiled in Albania just a few months before.

The 2018 terrorist plot was certainly not the first instance of this phenomenon. It was not even the only one to be uncovered that year. Whereas the NCRI rally took place in June, a similar plot was disrupted in March near the community in Albania known, which houses members of the NCRI’s main Iranian opposition group, the  (PMOI / MEK Iran). Also in 2018, two Iranian operatives were charged in US court for surveilling the same group with the purpose of setting the stage for terrorist attacks.

Mr. Vidal-Quadras emphasizes that the Iranian regime “has no qualms about using terrorism as a form of statecraft”. He said that although the diplomats and agents were held accountable, the bigger picture is not being looked at. Although governments across the world vow not to negotiate with terrorists, Mr. Vidal-Quadras rightfully points out that this should apply to terrorist states too.

By: Alejo Vidal-Quadras
Last week, Iran’s democratic Resistance movement won its latest victory in court against a media outlet that had chosen to repeat false allegations against Iran’s main opposition organization, the MEK.https://t.co/ysmAOtgJ6m

He said that in this case “Western governments routinely violate their principles whenever they engage in negotiations with the Iranian regime”. And just to be clear, the Iranian regime in its entirety is a terrorist organization. A regime that sends operatives to spy on and assassinate its opponents.

With regards to the foiled plot to bomb the Free Iran gathering in Paris, Mr. Vidal-Quadras said that instead of relying on its proxies, the regime “channeled Tehran’s terrorist intentions straight through the state’s diplomatic infrastructure”.

The trial of this diplomat gives policymakers in the West the chance to think about how they want to respond to terrorist threats that come straight from leaders of a state. The buck does not stop with the operative on the ground and, if governments decide this is indeed the case, then they should be prepared to admit that they do negotiate with terrorists.

And perhaps now is the time, at last, for foreign policymakers to have a good hard look at Iran and to consider why there have been three major uprisings in the country in as many years.

?? court today orders trial of Iran’s Assadollah Assadi to begin on Nov 27. Never before has a diplomat been tried for terrorism in Europe. This is not just the prosecution of 1 terrorist. It’s the prosecution of the world’s #1 state sponsor of terror #ExpelIranDiplomatTerrorists pic.twitter.com/AjBRY5jxwk