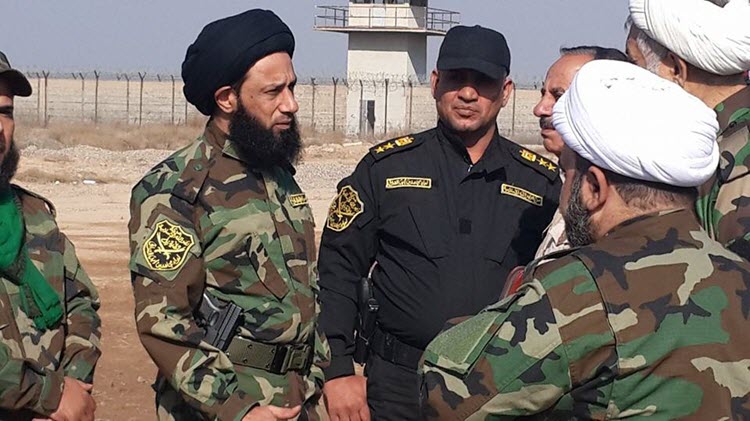 Within Syria, two Iraqi Shia militias have promoted training camps. These two militias are the Kata’ib Imam Ali (Imam Ali Battalions) and the Kata’ib al Sabriun (Those Who Endure Battalions), and reportedly, they are tied to Iran’s Revolutionary Guard Corps (IRGC).

The Kata’ib Imam Ali released a photo from one of its training camps inside Syria. The photo features the militia’s deputy secretary general, Muhammad al Bawi, who is said to be one of its key leaders for operations inside Syria.  He is often featured in propaganda emanating from that region. It is unclear where the training camp is, but the Battalions have had a large presence in Aleppo province for a very long time, and recently, are also said to be in the country’s south.

The Iraqi militia Kata’ib al Sabriun, claims to operate not only in Syria, but also in Iraq. They released a video last month that features its fighters running obstacle courses inside a compound. The group’s propaganda is mostly focused on Syrian operations, and so it believed that this training camp is located somewhere in the Aleppo countryside, as Sabriun is largely focused in the northern province. The group has also claimed operations in battles with other IRGC proxies, like Harakat al Nujaba.

Kata’ib Imam Ali and Kata’ib Sabriun join other Iraqi Shiite militias who have promoted training camps inside Syria. It is said that the others includes Kata’ib Sayyid al Shuhada, which is led by Abu Mustafa al Sheibani, the former leader of the infamous Iranian-backed Sheibani network in Iraq. Asa’ib Ahl al Haq, led by Qais al Khazali, the former head of Iraq’s Special Groups, has also advertised training in Syria.

In an article published by Track Persia, a Platform run by dedicated analysts who spend much of their time researching the Middle East, they write that, “Sabriun is part of the ‘Islamic Resistance’ brand predominately featured with many Iranian-backed groups. In addition, its social media on Facebook and Twitter regularly features photos and quotes from Iranian Supreme Leader Ali Khamenei and Qassem Soleimani, the leader of the IRGC’s Quds Force. It also promotes velayat-e faqih, or ‘Guardianship of the Jurist,’ the Islamic Republic’s founding ideology.”

Shibl al Zaydi, a former commander in the Mahdi Army is the leader of Kata’ib Imam Ali. It has connections to Abu Mahdi al Muhandis, an IRGC adviser and deputy leader of Iraq’s Popular Mobilization Units (PMUs). Muhandis, who is a US-designated terrorist, is also tied to the US designated terrorist organization, Kata’ib Hezbollah, and has long participated in Iranian-sponsored terror, according to Track Persia.