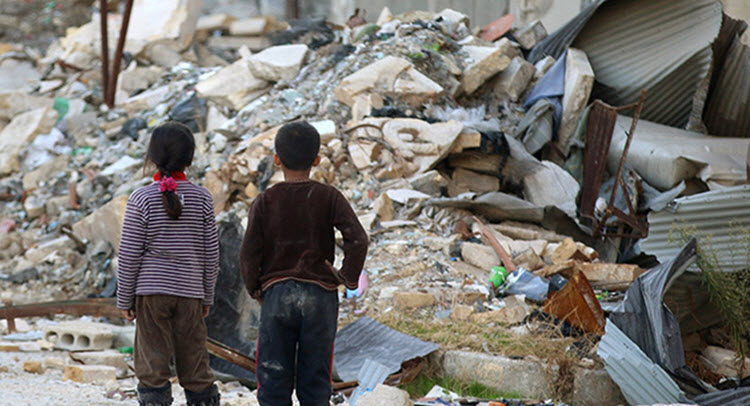 The Iranian Regime is under threat from its own hubris and could be brought down by any number of factors, including its internal crises or its militaristic intervention in Middle Eastern countries, including Syria.

Last Sunday, Velayati, an advisor to the Supreme Leader, appeared on a TV show and spoke about the Iranian people’s opposition to the Regime’s involvement in Iraq and Syria.

He claimed that Iran had become involved in these countries’ military systems to prevent what had happened to them following the 8-year war with Iraq. He also claimed that the American presence in the middle East is designed to break-up Iraq and then Iran.

However, teachers in Aleppo said in an interview with Freedom channel 2 that the city is in a critical condition because of Iranian interference in the Syrian Civil War.

Abdulkafi al-Hamdu said: “The situation has become more critical and the Iranian regime had [been complicit] in the war against the Syrian people from the first day and Assad’s regime is like a puppet on their hands. Of course, Iran does so in the wars.”

Abdulkafi said: “The Iranian regime always exports the internal problems of the country to the external borders so that the Iranian people forget about the political, economic problems as well as the repressions implemented by the regime. The regime wants to exert the same repression on the Syrian People. The people of Syria have been under the suppression of Assad’s government and his family since this government very much depends on the Iranian regime.”

Velayati alleged: “What is happening in the region [with regard to the US forces] is a prelude to the destruction of the Islamic Republic in Iran.”

Wesam Zarqa said that the Iranian Regime had brought in forces from across the middle east to fight in the Syrian Civil War.

He asked: “What benefit do they get by fighting against the people who pursue freedom and justice?”

When Velayati was asked if he still supported the 2015 nuclear deal and he insisted that further negotiations need to be done.

Ten people have been killed or injured in recent attacks on the Syrian cities of Aleppo, Damascus, Idlib, and Homs. The Assad Regime even attacked a kindergarten in Harasta with artillery shells which resulted in the deaths of eight children.

UNICEF issued a statement in response which called for an immediate ceasefire of attacks against civilian institutions.

Assad’s troops along with the Iranian Regime targeted Damascus with napalm bombs, which destroyed many houses and started a huge fire.

Russian troops also targeted the residential areas of Aldana, killing 11 women and children and injuring many others including a cameraman from the Orient News Agency.