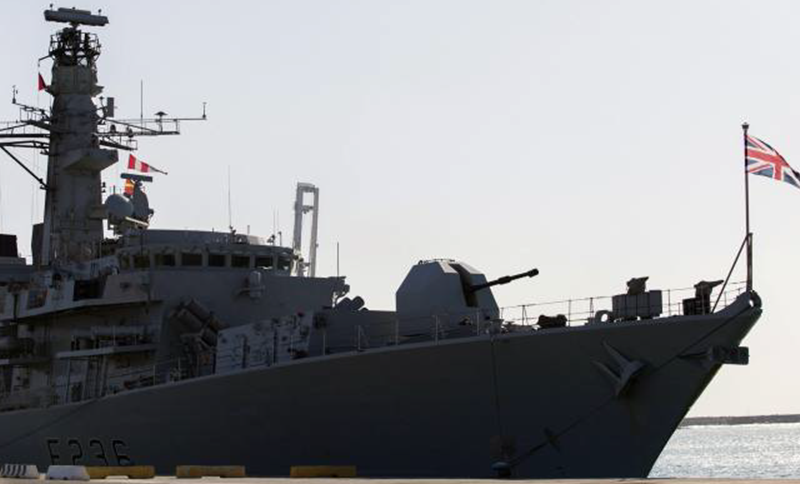 Last month, the Iranian regime’s notorious Islamic Revolutionary Guard Corps (IRGC) seized the Stena Impero – a British-flagged tanker – while it was sailing through the Gulf. The British authorities condemned the act and demanded that Iran immediately reverse its actions as well as releasing the crew members that were onboard at the time of seizure.

The British government described Iran’s actions as “state piracy” and it tried to set up a European-led effort to protect vessels in the Gulf and in the strategic Strait of Hormuz. However, the European efforts led nowhere so the British government announced that it would cooperate with the Trump administration in the efforts led by the United States.

At the beginning of the week, the HMS Kent, a British warship, left for the journey towards the Gulf. The commanding officer of the vessel, Andy Brown, said that the aim is to “de-escalate current tensions” in the Gulf. He added: “But we are committed to upholding freedom of navigation and reassuring international shipping, which this deployment on operations aims to do.”

HMS Kent will be arriving in the Gulf to relieve HMS Duncan, a Type 45 destroyer, that arrived in the area last month.

Currently in the Gulf, there are a number of measures in place to protect shipping. The Trump administration moved the USS Abraham Lincoln and several other American warships there in May. At the time, US officials said that the deployments to the Gulf were simply to deter Iran from targeting US assets, but also made it very clear that they would be prepared to launch offensive strikes if necessary.

The Commander of Carrier Strike Group 12, Rear Admiral Michael Boyle, explained: “A large part of deterrence is the readiness that backs that deterrence up. We are ready to defend the US and the US interests if called upon… My job is to be here, to be ready, to deter and to defend if required.”

Explaining the reasoning behind the USS Abraham Lincoln remaining in the northern Arabian Sea rather than entering the Strait of Hormuz, Admiral Boyle said that it is all about strategy. He said: “The people in the know in Iran know that we are more of a deterrent here than we are in the Arabian Gulf because from this position we can reach them and they can’t reach us. In a boxer’s analogy we have got overreach from the spot where we are right now.”

Last week, Iran revealed what is thought to be an ungraded radar system that may help defend the country against ballistic and cruise missiles and drones. It supposedly has a range of 250 miles. An Iranian army commander boasted about the “high capabilities” of the unit.

Tensions between Iran and the West have been rising for quite some time now. The escalation in the Gulf started between the United States and Iran, but the United Kingdom became involved when it aided authorities in Gibraltar seize an Iranian tanker that was suspected of breaching European sanctions.