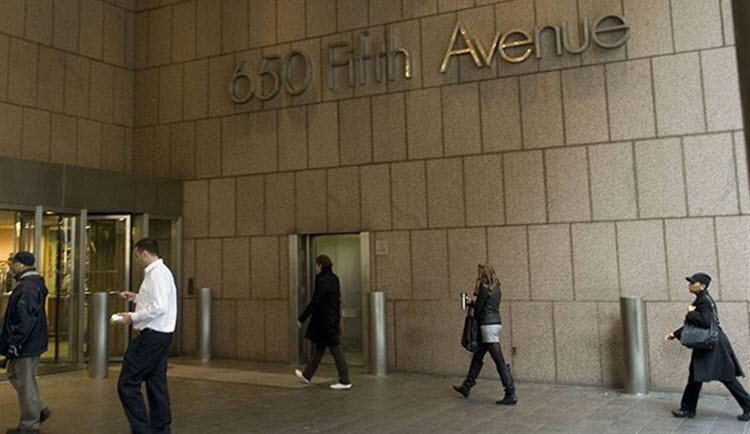 On May 30th, a civil trial began to determine the fate of a 36-story office building on New York’s Fifth Avenue.

Attorney John Gleeson who represents the Alavi Foundation, a charity formed to promote the history and culture of Iran, told a jury that the U.S. government was seeking to destroy the Foundation by seizing the Manhattan skyscraper that provides most of its revenue. As the the trial began, Gleeson told jurors, ”Something is deeply wrong in this case. This misguided case is looking to wipe us off the face of the planet.”

Assistant U.S. Attorney Martin Bell said the building’s operation violates U.S. economic sanctions imposed against Iran in 1995. Proceeds from the sale of the building would be turned over by the U.S. government  to holders of more than $5 billion in terrorism-related judgments against the government of Iran, including claims brought by the estates of victims killed in the Sept. 11, 2001 attacks.

According to Gleeson, the Alavi Foundation’s charity has spent millions of dollars over the past several decades to promote the history and culture of Iran. The Foundation also funds the Islamic Institute of New York and a high school in Queens attended by 300 students from 30 countries. Gleeson said it “It benefits the whole country,” citing its support of schools that include Columbia and Harvard universities, and donations it made after an earthquake in Haiti and natural disasters elsewhere, such as Superstorm Sandy in New York.

The government also is seeking the forfeiture of buildings in Houston, Texas; Carmichael, California; Catharpin, Virginia; and Rockville, Maryland, all owned by the Alavi Foundation.

The Alavi Foundation was formed in the 1970s by the Iranian leader, Shah Mohammad Reza Pahlavi, who was overthrown in the revolution of 1979. The building, near Rockefeller Center, was erected on property acquired by the not-for-profit corporation in the 1970s. Valued at $83 million in 1989, it has steadily risen in value.

Bell claims that Iran has secretly controlled the building for years, and that the millions of dollars in rent payments go to a partnership made up of Alavi and a shell company fronting for the state-owned bank of Iran, Bank Melli.

Bell said that, while Iran doesn’t make small decisions, “when it came to the biggest and most important decisions, Iran called the shots.” He said that witnesses will be called to trial, including a one-time Alavi board member, who will describe how Iran took control of the organization.

Gleeson told jurors that this government witness, who served on the board from 1983 until 1991, will disappoint them. He claimed that the government solicited the witness to build a case against the Alavi Foundation when the man was unemployed and living on public assistance in Germany.

Gleeson alleged that the U.S. government in “desperation to manufacture this case” brought the witness to the United States, gave him more than $750,000, and provided legal residency for him and his family.