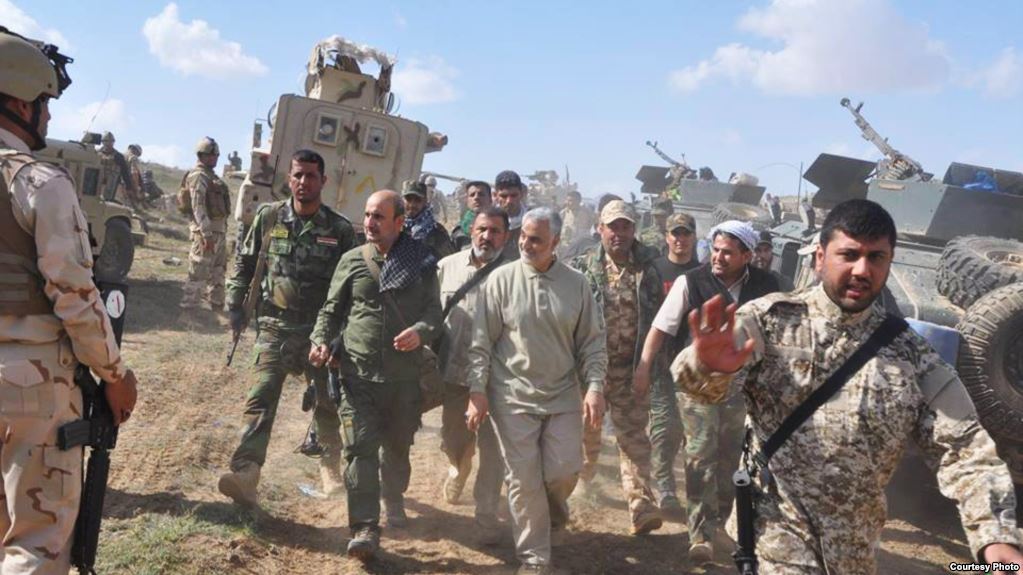 by Atousa Pilger
The Iranian Regime and the Syrian dictatorship have two main goals: keep Bashar Assad in power and maintain an extensive Iranian military presence in Syria. The US’s latest proposal, however, hits right in the middle. They want to make Assad’s rule conditional on expelling Iran from Syria.

Considering the hold that the Iranian Regime already has over Assad, indeed their militias are likely the main reason that the dictator is still in power, it is unlikely that Regime will go for this.
Syrian Foreign Minister Walid al-Mouallem told the US that Syrian won’t commit to expelling Iranian forces from Daraa unless the US withdraws the Kurdish units QSD from Manbij.
However, this should not be trusted as Syria may later negotiate that the US can have a presence east of the Euphrates River, if Iran can keep forces just 20 kilometres from Israel’s borders. That will be Syria legitimizing Iran’s presence with the consent of the international community and it will become an occupation not unlike Syrian troops in Lebanon in the 1970s. These negotiations will stray far from the US’s original proposal: choose between the survival of the Syrian dictatorship and the presence of Iranian forces.
We mustn’t forget that, despite recent victories from the axis powers, Assad is still weak and he cannot afford to argue with the international community if he wants to stay in power. Ejecting Iran is the only way that Assad has any hope of remaining in control.
The really clever thing is that these demands from the US will also test whether Syria is allowed to make its own decisions, or whether Iran is speaking for them.
Abdulrahman al-Rashed, the former General Manager of Al Arabiya News Channel, wrote: “The Assad regime is well-aware how the situation will later unfold in their presence… Like Lebanon, Syria will be a country with no authority except through Tehran which will use Syria in its upcoming indirect battles against its rivals, the Americans, the Israelis and perhaps the Turks and others.”
This is not just a demand that the US has made of Syria, it’s also one of the US’s conditions for the Iranian Regime to receive a new nuclear deal with world powers. Iran is unlikely to withdraw though – mainly because they want to turn Syria into a vassal state and use it to build its Shiite corridor across the Middle East.
That is why it is so important to expel Iran from Syria, whether Syria agrees or not. Otherwise, they will only expand their military power. The Iranian Regime does not respond well to negotiations and treaties. The only language they know is force and the international community should speak to them in a language that they understand.