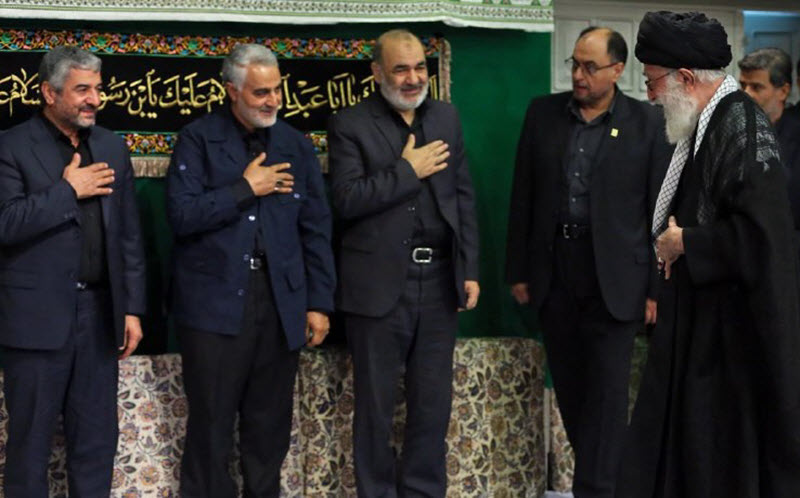 The US has given large exemptions to foreign governments, companies, and NGOs dealing with Iran’s Revolutionary Guards (IRGC), according to three current and three former US officials, so they will not automatically face sanctions, even though Washington designated the IRGC as a foreign terrorist group last week.

The exemptions, which were granted by Secretary of State Mike Pompeo, mean that officials from countries who have dealings with the IRGC terror group will not necessarily be denied US visas and foreign executives will not automatically face punishment for doing business with a terror group.

The IRGC controls a vast amount of the Iranian economy, including many sectors already included in US sanctions, like the oil industry.

The US does, however, retain the right to sanction any individual in a foreign government, company or NGO who personally provides “material support” to the IRGC. This is defined very widely and can cover anything from giving food to providing funds, helping to set up tents to arranging counterfeit documents, buying a plane ticket to distributing literature, and just about anything in between.

The agency spokesman said: “The exemptions do not benefit members of an exempted group who themselves provided material support … or had other relevant ties to a non-exempt terrorist organization.”

This is the latest example of the Trump administration promising “maximum pressure” on Iran, only to walk it back, with the other key example being when the US placed sanctions on Iranian oil but granted waivers to Iran’s eight biggest customers.

The IRGC’s designation is the first time that the US has placed an arm of another country’s government on the terrorist watch list. It is believed that the exemptions were granted to make sure that other countries and armies who may be working with IRGC-affiliates in the Middle East would not fear repercussions from the US.

The State Department spokesman, who declined to be identified by name, said: “Simply engaging in conversations with IRGC officials generally does not constitute terrorist activity. Our ultimate goal is to get other states and non-state entities to stop doing business the IRGC.”

One congressional aide, speaking on condition of anonymity, said: “I got the sense that the administration was looking for a splash, but not a policy change. They are not necessarily looking to punish anyone. They are looking to scare people.”