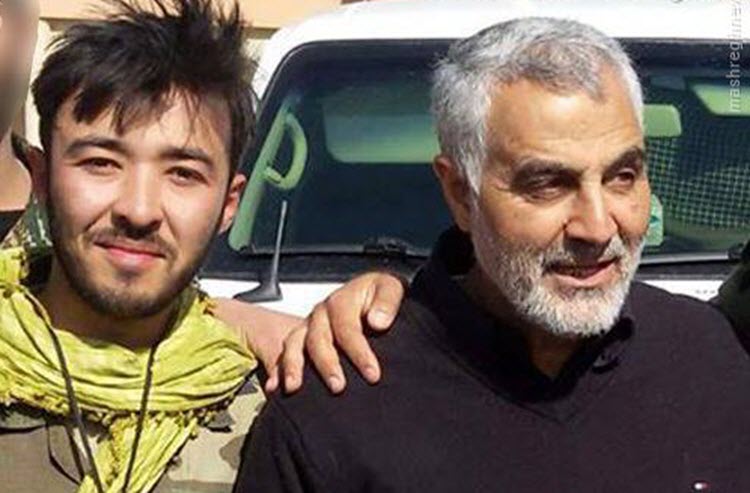 U.S. intelligence agencies have recently disclosed nine training camps in Iran, which train Afghans fighters who will be sent to fight in Syria. U.S. defense officials have reported that these Afghans are part of Iran’s broader paramilitary, as they are trained by the IRGC as shock troops, often fighting on the frontlines for Bashar al Assad, the Islamic Republic’s close ally.

Subsequently, the bulk of the Afghan fighters are mainly Shias, who are recruited for their loyalty to the Shia coalition in this sectarian proxy war against Saudi Arabia and its Gulf allies.  Moreover, many of the Afghans recruited into this paramilitary force are made up of the estimated 1.5 million Afghan refugees in Iran, who lack personal or legal identity within Iran and often live in poverty.

Thus, to escape this cycle of poverty and statelessness, many Afghans are enticed to join the IRGC’s paramilitary since they are offered a pay of $500 a month, and often times offered residency permits in Iran once they complete their tours in Syria. There are reported to be between 15,000 and 20,000 fighters of a group called the Fatemiyoun, an Afghan militia set up by IRGC, and these fighters are flow to Damascus were they fight on the frontlines.

In regards to the myriad of Afghan refugees who are enlisted to fight for Iran’s paramilitary forces a U.S. state official stated that “if true, it would be a cruel exploitation of a group of vulnerable people already living in a precarious situation as refugees”. Subsequently, U.S. intelligence agencies found the latter camps in satellite photos, and they’re situated in northeastern Iran close to the Iraqi border. Additionally, the U.S. state department has stated that the training of Afghan fighters includes “practice in the use of weapons and explosives, and basic military training techniques”.

It is believed that these training camps for foreign fighters have increased in number and size since the Iranian nuclear agreement, which unfroze tens of billions of dollars that the Iranian regime has used to fund its campaign of turmoil and conflict in the Middle East, as is the case of the numerous militant training camps being run in Northeastern Iran.

The Free Beacon added in its report: “Earlier this month, the Iranian exile group National Council of Resistance of Iran posted online a video clip used by Iran to recruit Afghans to fight in Syria. It includes images of Afghans who have died in Syria.”

“The Iranian exile group People’s Mojahedin Organization of Iran, known as MEK, estimates Tehran has dispatched more than 70,000 fighters, including both Iranians and foreign fighters, to the conflict.”

“They include between 15,000 and 20,000 fighters of a group called the Fatemiyoun, an Afghan militia set up by IRGC Quds Force.”

“The plight of the estimated 1.5 million Afghan refugees in Iran is said to include lack of personal or legal identity and poverty.”

“The MEK stated that Qods Force training for the Afghans includes two to four weeks of basic military training. Upon completion of the training, the Afghans are paid the equivalent of $500 and sent to Syria in groups of 200 fighters.”

“Transport aircraft send the Afghans to Damascus and missions typically last for 60 days. All commanders and trainers are IRGC members,” it added.

Commenting on the new propaganda clip in the Iranian regime’s state media recruiting Afghans for the Syrian civil war, Shahin Gobadi of the Foreign Affairs Committee of the National Council of Resistance of Iran in June said:

“Syria has turned into a total quagmire and strategic impasse for the Iranian regime. Ali Khamenei, the regime’s supreme leader, views an end to Assad’s rule as a red line for the survival of the clerical regime. While the Iranian youths refrain from taking part in this criminal war, Khamenei is left with no choice but to dispatch his veteran IRGC forces and commanders to Syria, even though up to 50 IRGC Brigadier Generals have been killed in Syria so far. He is also trying to deploy more troops to the war front, and dispatch more of his non-Iranian mercenaries, in particular Afghan refugees as cannon fodder.”

“Despite all of his crimes and mobilization of all of the military, financial, and propaganda capabilities of the regime, there has been no breakthrough. Instead the Iranian regime’s casualties are steadily rising and this has led to scorn for the regime and its isolation even among Afghan refugees in Iran to a point where Khamenei personally met with the families of the regime’s Afghan mercenaries who were killed in Syria to boost their morale on March 28.”