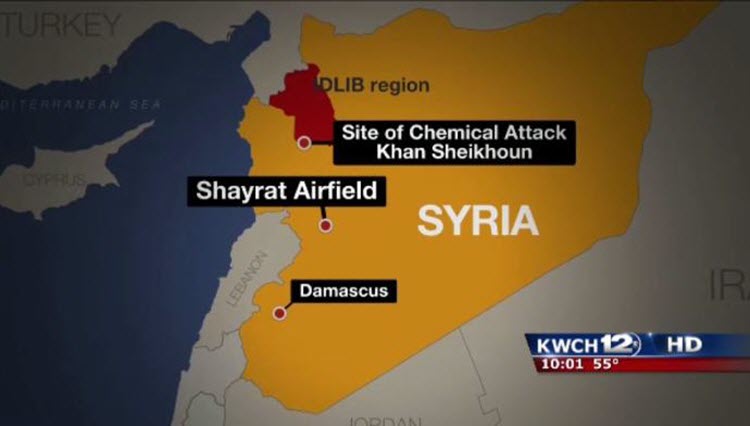 Relations between the United States and the Islamic Republic of Iran have been tense since President Donald Trump took office at the beginning of the year. The Iranian regime had become somewhat accustomed to President Obama’s rapprochement and appeasement policies. It spent years carrying out numerous terrorist and nuclear activities, not to mention the ongoing human right abuses, confident in the knowledge that the Obama administration would do nothing for fear of rocking the boat.

However unstable the relations between the two countries have been, it seems like the situation has become even more rocky following the missiles launched by the United States following the Syria chemical attacks that left dozens of civilians dead.

Iran has been one of the main backers of the Syrian dictator Bashar al Assad, and it has already condemned the US military strikes. There is a real possibility that a deeper US involvement in Syria will provoke direct conflict with Iran. The unpredictably of Iran makes for a dangerous opponent.

There are also concerns that, as a result of US strike in Syria, Iran will (once again) increase the amount of Revolutionary Guard forces that are supporting Assad’s government. So far, there have been no signs of a retaliation by Iran but a few days ago the Supreme Leader of the country – Ayatollah Ali Khamenei – warned that the US strike in Syria was a “strategic mistake and offense”. Another Iranian official said that Iran and Russia will not be silent when faced with “such acts which violate interests of the region”.

For the past few years, the United States has gone to a great deal of effort to avoid Iranian forces in both Syria and Iraq in the fight against the IS. This is for two reasons: firstly, to avoid being involved in a war in the Middle East, and secondly, to protect the Iran nuclear deal.

Experts believe that Iran will hold off on reacting too soon to see what happens next.

Iran has been heavily involved in the Syrian civil war since the very beginning. Without the involvement of Iran, it is more than likely that Assad would have lost years ago. Every time the opposition gained ground, Iran increased forces.

Although the US strike was not intended to punish Iran, it does in fact send a strong message. The Trump administration has made it clear that Iran’s terrorist activities will not be tolerated and it has vowed to be tougher than the Obama administration.

But whatever the next move for the United States is, it must not forget that the Iranian regime is losing its grasp of power and influence which in turn could cause havoc on an international scale. It is hard to predict how the regime will act when it is in such a dire situation.