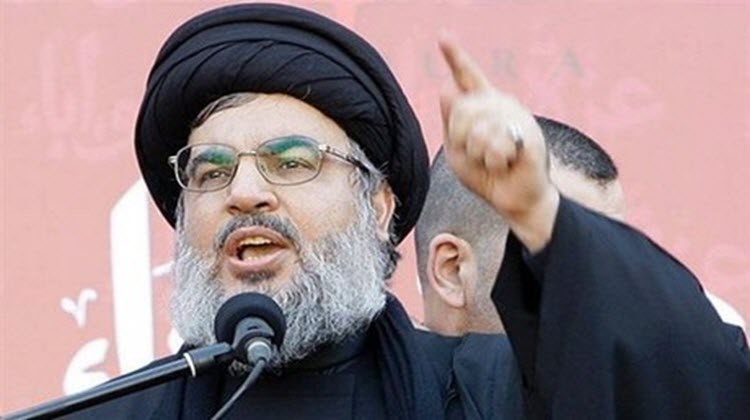 In August 2014, the leader of Iran-backed Hezbollah, Hassan Nasrallah, said that the Islamic State posed a threat to the Middle East. He said that the “monster” is growing and that it does not recognise “Shiites, Sunnis, Christians, or Druze, Yazidis, Arabs, or Kurds”. He said that Arab monarchies were under great threat and declared that the presence of Hezbollah in Syria is primarily to “defend Lebanon, the resistance in Lebanon and all Lebanese”.

Since the beginning of the Syrian civil war, Iran and its proxies have had victory after victory and have been given legitimacy time and time again.

Some believe that in order to combat the influence of Iran, encouragement should be given to ISIS and other jihadists to fight Iran and to curb its strength.

Others say that destroying the Islamic State is a bad strategic mistake because bad actors can focus on other bad actors instead of turning attention to targets in the West. Letting the bad actors go after fellow bad actors will be an obstruction to Iran’s quest for regional hegemony. People say that such a strategy would work because it took a lot out of Hezbollah to fight ISIS.

However, Western countries want rid of ISIS as soon as possible because of the horrific crimes against humanity it has, and is continuing to, commit.

To say that ISIS should be left alone so that it can sap the life from Iran may be rather misguided, because there is nothing to say that ISIS has hampered Iran and its militias at all. In fact, it is giving legitimacy to those that should not have legitimacy. For example, it gives legitimacy to Assad’s regime because it is the lesser of two evils.

In Iraq, Iran’s influence was not weakened by ISIS. It did the exact opposite and became stronger. If ISIS did not exist, Iran would have been completely incapable of making a Shia militia coalition part of the government.

The Syrian rebellion has been discredited by ISIS extremism too. Before ISIS emerged, the international community was focused on the atrocities carried out by the Assad regime in Syria. However, the brutal beheadings were carried out by ISIS and the US led a coalition of over sixty nations to bomb the group. ISIS then focused on its war against the Kurds in Iraq and Syria, and despite claims to the contrary by the US, it never really posed a threat to Assad’s regime.

ISIS gave legitimacy to Assad. The international community started to focus on the actions of ISIS and forgot about the acts of brutality carried out by Assad.

To support jihadists is to create even more instability. There is no way it can countervail Iran.