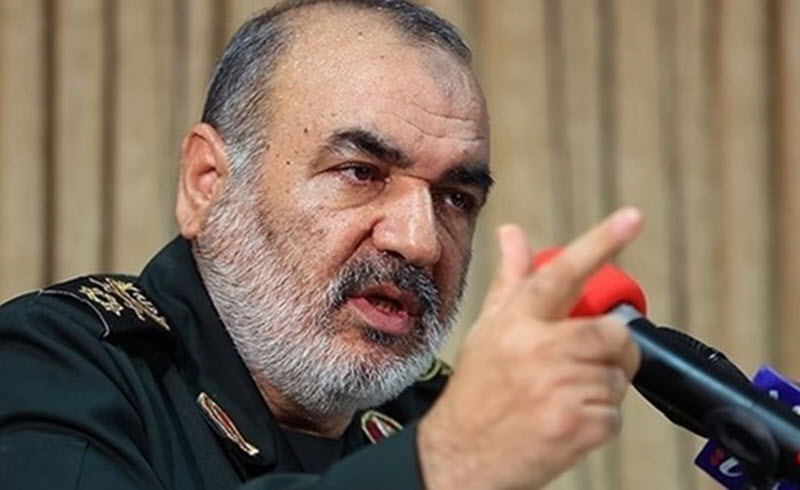 The appointment of Major General Hossein Salami as the new head of the Iranian Revolutionary Guard Corps (IRGC) indicates that Iran may be seeking to project strength to the world from its weak position, according to political scientist Dr Majid Rafizadeh.

Last week, Salami was appointed as the new IRGC chief, replacing Mohammed Ali Jafari, and this garnered significant coverage in Iran’s state-controlled media outlets, with so-called newspapers falling over themselves to praise Supreme Leader Ali Khamenei for making this change.

Khamenei himself lauded Salami on Twitter, saying: “Given your qualities and valuable experiences in major managerial responsibilities with various revolutionary and volunteering sectors of IRGC, I appoint you as the commander-in-chief of the IRGC, granting you the rank of major general.”

Salami, an Iran-Iraq War veteran, joined the IRGC in 1981 and quickly rose through the ranks. His appointment was welcomed from all factions in the Regime, including so-called moderate President Hassan Rouhani, proving that there are no moderates in the Regime.

Why did Khamenei appoint a new IRGC chief?

Well, Dr Majid Rafizadeh says that Khamenei appears to be changing the IRGC’s role from concentrating on asymmetrical warfare, through proxies like Hezbollah, to engaging in direct battles and advancing Iran’s ballistic missile capabilities.

The reason for this is likely that, following the US designation of the IRGC as a terrorist organisation, Khamenei decided to respond with more aggression in order to threaten the national security and the foreign policy objectives of the US and its allies. This, he hopes, will make the IRGC is more powerful than ever before.

It also helps that Salami’s incendiary and confrontational rhetoric is famous both inside and outside of Iran, which supports Khamenei’s agenda of verbally attacking Iran’s “enemies” and increasing tensions.

In October 2018, Salami said: “The US threats over the past year have had no achievements other than making Iran more powerful. We have become such a major power today that we can destroy the enemy’s interests at any point and respond to the enemy at every level.”

Dr Majid Rafizadeh wrote: “The appointment of Salami as the new chief of the IRGC suggests that the Iranian regime is not only seeking to pursue a more confrontational and aggressive policy in the region but is also planning to advance Iran’s ballistic missile program at full speed.”

While this is a good reason to be concerned about the appointment, it is also worth remembering that the IRGC is no match for the US military.