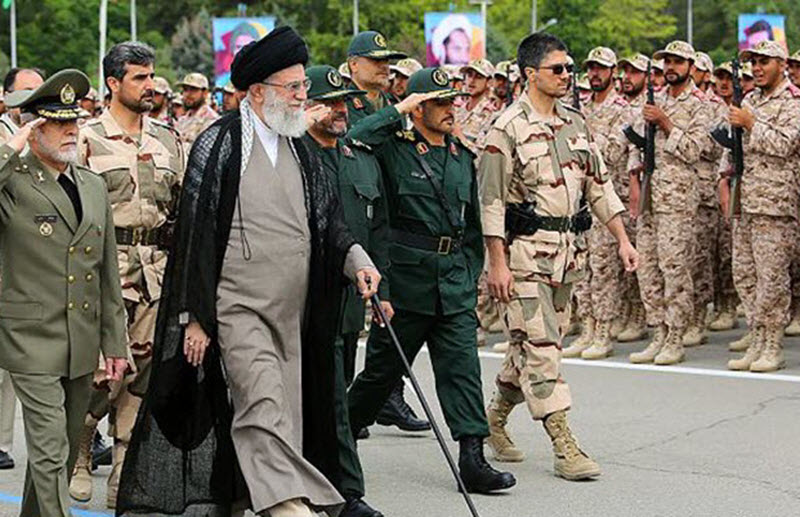 The US has taken a tough stance on the Iranian Regime ever since Donald Trump came to power in 2017.

This can be seen in the US withdrawal from the Iran nuclear deal (Joint Comprehensive Plan of Action) in 2018 and subsequent reimbursement of sanctions, as well as this month’s decision to place the Islamic Revolutionary Guard Corps (IRGC) on the US State Department’s List of Foreign Terrorist Organisations (FTOs).

Now, this latest move is the first time that any nation has declared a part of another nation’s government to be a terrorist group, but there is no denying that is what the IRGC is.

Columnist Claude Salhani wrote on The Arab Weekly: “That Iran’s ruling clergy has been using the IRGC to carry out a policy that can only be described as supportive and conductive of terrorism is no secret. The Iranian government’s budget even has a line dedicated to terrorism activities, albeit, presented under a somewhat more benign heading.”

What is the IRGC?

The IRGC was created with the sole purpose of defending the Regime at any cost and is now a major military, political and economic force in Iran that answers only to Supreme Leader Ayatollah Ali Khamenei.

The group have over 150,000 active personnel, including an army, navy, and air force, as well as dozens of militias across the Middle East and further abroad, including Hezbollah in Lebanon, Islamic Jihad and Hamas in Palestine, and the Houthis in Yemen. It provides money, weapons, and training to terror groups across the world, usually through the IRGC Quds force.

They are also involved in many assignation attempts across the world, including a plot against the Saudi ambassador to the United States, as well as the arrests of dual nationals on vague national security charges.

This is what led the US to put the IRGC on their terror watch list.

What does it mean that the IRGC is an FTO?

It’s another way of putting pressure on the Regime. Now, countries and companies that felt justified evading US sanctions by trading with the Iranian Regime could well be convicted of aiding a terrorist group because of how much of the Iranian economy is controlled by the IRGC.

In response, Iran has threatened to rebuild its nuclear programme, despite still being a party to the JCPOA, but this will only lead to the US cracking down harder and more thoroughly.