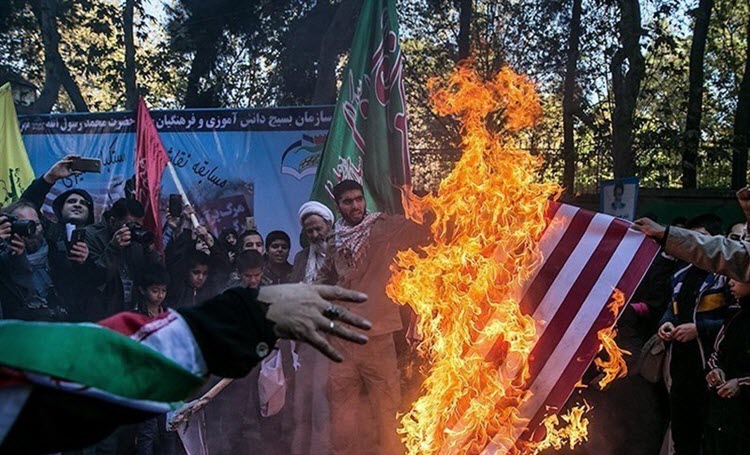 Last month the US put Iran “on notice” after it test-fired ballistic missiles. Two months later more sanctions were placed on 25 entities and individuals that are involved in the country’s weapons procurement. Iran, in a bold response this week, conducted another missile test in complete defiance of warnings from the US.

The Supreme Leader Ali Khamenei tried to deflect from the evident concern among the leaders of Iran and said: “No enemy can paralyze the Iranian nation. [Trump] says ‘you should be afraid of me.’ No!”

US Secretary of Defence General James Mattis has said that he wants the Iran nuclear deal to be enforced properly. In a more general sense, he also said that Iran needs to be dealt with in a more firm manner on all fronts. He believes that Iran is the most destabilising force in the whole of the Middle East and maintains that it is a threat to the West.

The Trump administration seems to be making concrete efforts to tame the Iranian regime. It is even more obvious when compared to Obama’s administration that letting the regime run wild without forcing it to face the consequences will not work.

Obama believed that the nuclear deal could curb Iran’s aggressiveness, but it is clear from the behaviour of the IRGC and its Quds Force in Syria, Iraq, Lebanon and Yemen that this will not happen through appeasement. Iran continues to provoke other nations.

Those opposed to Obama’s appeasement policy hope that President Trump will stay firm with Iran and not enable the regime any further. Standing firmly against the Iranian regime will show the Iranian people that the US is standing firmly by their side.

Designating the IRGC as terrorist is one clear way to hinder the Iranian regime’s spread and export of terrorism. It will take some of Iran’s leverage over other nations in the region away and it will show that the US wants the Iranian regime to be held accountable for its crimes – past and present.