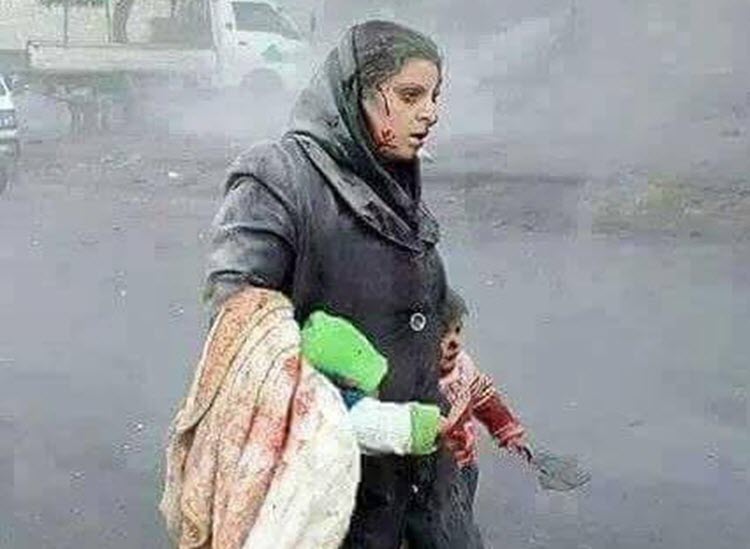 Diplomats are saying that the fall of Aleppo is not going to end the war in Syria. Rather discussions are now about what direction it will fall. In other words, will it result in major bloodshed or will Secretary of State John Kerry be able to negotiate a way out for the innocent civilians caught among the violence in the eastern part of Aleppo?

An anonymous (because of the sensitivity of ongoing talks) diplomat said that he was in talks that would manage a victory for Russia and Syria.

Syrian diplomat Bassam Barabandi who has worked closely with the US-backed political opposition said that a cessation of hostilities is imperative if the civilians are to be protected from the Iranian regime.

If violence does not stop and civilians are unable to escape from the siege, they will almost certainly be killed by the Iranian proxy forces, known for their extreme brutality, working on behalf of the Assad regime. The Shiite militias supported by Tehran are feared more than Assad’s own military and the Iranian Revolutionary Guard Corps.

Margaret Brennan for CBS News said that she was told by Western and Arab diplomats that “they are keenly aware that a defeat of the moderate rebels leaves the ”bleeding edge” of Sunni extremism – ISIS- and al Qaeda-backed groups seeking to control Syria – up against the “bleeding edge” of extremist Shiite militias hired by Iran”. The main worry, shared by Kerry, is that more fighters will thus be more eager to join extremists groups instead of moderate rebels.

Another concern is that if Assad’s regime wins, Iran’s hold on Syria will get stronger. Even though Trump has reached out to sponsors of Assad in Moscow, the opposition in Syria has high hopes that he will help Syria in order to put a tighter grip on Iran. The opposition is already in contact with the new administration.

Barabandi is hopeful about the incoming Trump administration as it has been very clear that it is going to defeat ISIS and the Iranian regime. He said: “Both are enemies of Syrian people, and both helped the regime.”

A Western diplomat expressed his frustration that Europe and the West spent too much energy on hounding Moscow instead of going straight to the root of the problem – Iran. They said that the reason for this was because they did not want anything to jeopardise the Iran nuclear deal and did not want to lose any investment opportunities that could arise as part of the deal.

As a result, the Syrian opposition has been let down by Obama’s administration and Europe. Fred Hof, former U.S. envoy to Syria said that the strategy adopted by Europe and the U.S. has breathed “oxygen into the lungs of Islamist extremism everywhere”.

He added: “The refusal of this administration to do anything at all to complicate or mitigate—much less end—collective punishment and mass homicide in western Syria raises a real question about its commitment to address the underlying governance issues giving rise to Islamist extremism. But if one is not going to push back against ‘Caliph’ Baghdadi’s most effective and efficient enablers—Russia, Iran, and Assad—just how serious is this anti-terrorism undertaking?”