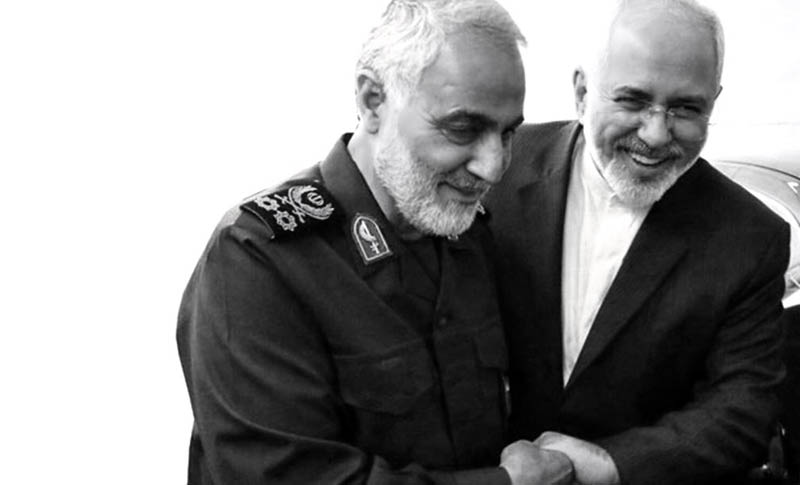 When Donald Trump sanctioned Iranian foreign minister Mohammad Javad Zarif by adding his name to the US terrorist list, there was an outcry in the media, but let’s look closely at the State Department made this move.

Zarif is in charge of all Iranian ambassadors and diplomatic staff at embassies around the world. Therefore, in June 2018, he was responsible for the orders given to Assadollah Assadi, stationed at the Iranian Embassy in Vienna, to bomb the Free Iran rally in Paris, which was attended by over 100,000 people, including high-ranking international political leaders, like Rudy Giuliani.

Assadi was told to give 500 gm of high explosives and a detonator to an Iranian-Belgian couple, who would drive to Paris and detonate the bomb at the National Council for Resistance in Iran rally. Thankfully, European authorities arrested the trio and another man, who are all now in prison in Belgium, awaiting trial on terrorism charges.

Struan Stevenson, the coordinator of the Campaign for Iran Change, wrote that Zarif clearly planned the terrorist attack with Iran’s Intelligence Minister Mahmoud Alavi and head of the Ministry of Intelligence & Security’s Foreign Intelligence and Movements Organization Reza Amiri Moghaddam, but also that their actions were approved by so-called moderate Hassan Rouhani and “deeply psychotic” Supreme Leader Ali Khamenei. After all, Zarif had planned to fly to Vienna the following day, likely to congratulate Assadi and wrongly blame opposition group the People’s Mojahedin of Iran (MEK/PMOI) for attacking their own supporters.

Zarif’s plan backfired and he has tried to claim that this was a “false flag operation” by the opposition. This is obviously a lie.

Assadi was replaced in the Vienna Embassy by another trained MOIS agent Mostafa Roodaki, who had previously been the head of the Iranian regime’s intelligence station in Austria where he was coordinating activities against the MEK across Europe.

Roodaki and former high-ranking Iranian intelligence official Gholam Hossein Mohammadnia also served in the Iranian Embassy in Albania. It is hardly a coincidence that the new MEK headquarters is based there, made up of 2,500 MEK members moved from Iraq, where they were being attacked by the Iranian Regime.

In March 2018, there was another bomb plot targeting the MEK on Iranian New Year. Thankfully, Albanian intelligence officers uncovered the plot and this led to the expulsion of Mohammadnia and Roodaki.

Iran also sent senior MOIS agent Mohammad Davoudzadeh Lului to assassinate an opposition figure in Denmark in October 2018 and during the course of last year, two Iranian diplomats were expelled from the Netherlands for terrorism.

Stevenson, a former member of the European Parliament, wrote: “With this catalogue of assassinations and bomb plots involving Iranian diplomatic personnel under the leadership and guidance of Zarif, it is not surprising that the United States has decided to label him a terrorist.”