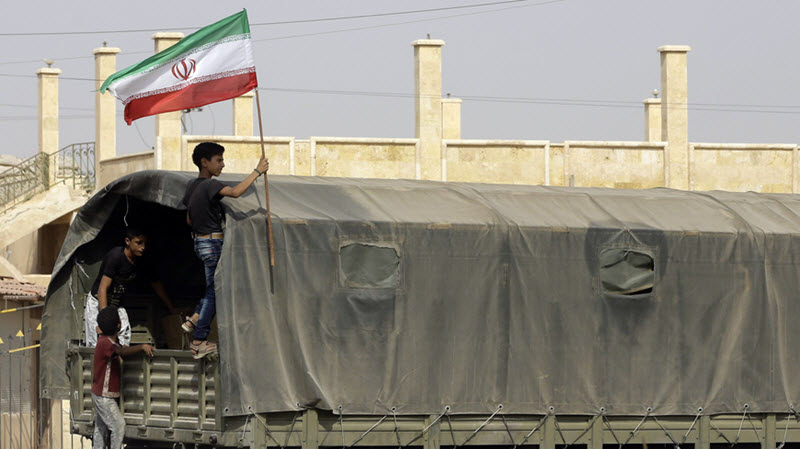 Speaking about Iran’s desire to “strengthen Syria’s military arsenal” and help it “expand its military equipment,” Iran’s Minister of Defense Amir Hatami, whose visit to Damascus last week was reported by the Iranian Students’ News Agency (ISNA). He also mentioned that he’s “trying to pave the way for the next phase of cooperation.”

But, how will this next phase play out?

Despite the Israeli shelling of Iranian troops in Syria, and Russia’s declaration that it does not support Iran’s continuous presence in Syria and will not protect it from the Israeli airstrikes, ending the status between the Iranian and Syrian regimes has not succeeded.

According to the Americans, they tried to entice the Damascus regime but failed. As well, Iran’s media outlets in Lebanon claim that Saudi Arabia also tried and failed.

Damascus’ relation with Tehran goes back to the Iranian-Iraqi war in the 1980s, when the Syrian Baathist allied with the religious Iranian. Although there was no longer a reason for this relationship by the end of the 1990s, Hafez al-Assad adopted a rapprochement attitude with Saddam’s besieged regime, reconciled with Turkey and negotiated with Israel over peace, reaching an nearly complete stage of an agreement in Geneva. However, under the pretext that Assad’s deteriorating health, Israel obstructed signing the deal.

Syria’s relation with Tehran became deeper when Bashar al-Assad ascended to power, as confirmed after Israel’s withdrawal from South Lebanon. It was believed that the Israeli troops’ withdrawal would pave way for the withdrawal of Syrian troops from Lebanon and reconciliations similar to those of Saudi Arabia’s peace project which Syria — of which all Arab and Muslim countries approved.

Instead, Iran and Syria intensified their presence in Lebanon. There was no longer any question about the relationship between Damascus and Tehran. The term “the rise of the Shiite crescent” emerged. The success of getting Iran out of Syria seems very low, now.

The next phase must take three points into consideration:

1. The Trump administration has demanded that Iran get out of Syria as part of the 12 conditions set to end its economic war.

2. Israel’s insists that Iran’s forces and militias get out of Syria, lest their capabilities be destroyed.

3. For the Assad regime to stay, the Americans had set the condition that Iran and its militias exit the country, but the Trump administration has decided to maintain its military and political presence there.

After the massive human and financial losses Iran endured in Syria’s war, it is likely unwilling to cooperate and withdraw. Additionally, withdrawal will be considered a defeat and will weaken Tehran’s negotiating capability with Israel and the US.

There is also its investment in Lebanon, i.e. Hezbollah, that it spent billions of dollars on, to consider. Perhaps, most importantly, Assad’s alliance with Tehran dates back to his beginnings in governance, and attempts to break this alliance have continued to fail.