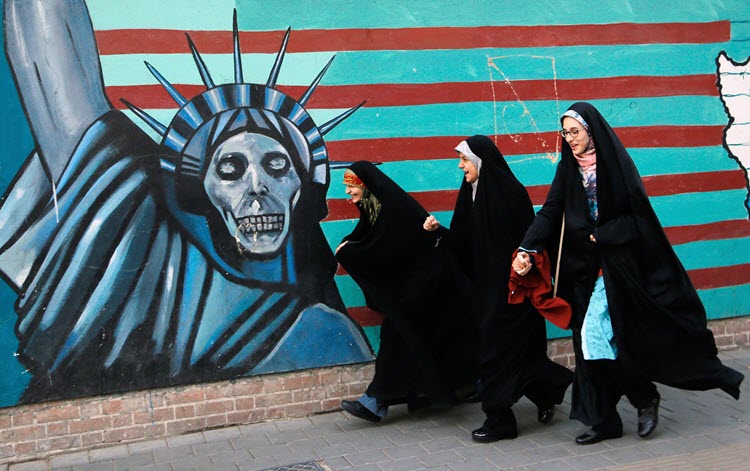 Last week, President Trump’s National Security Advisor, Michael Flynn, announced that there would be new financial sanctions imposed on individuals and entities following Iran’s test-firing of a ballistic missile. Flynn mentioned that the test-firing was a violation of UN resolutions and added that Iran has transgressed in many other ways – attacking vessels in international waters, funding terrorism around the Middle East and further, and so on.

Flynn said that Iran was officially “on notice” and President Trump later said that nothing was off the table when asked about whether military intervention was a possibility.

The situation is risky as the Iranian regime is used to empty threats from the Obama administration. This leaves President Trump in a situation that undermines his promises – especially regarding policy in the Middle East. As expected, Iran was quick to dismiss the claims from the US.

While Donald Trump was campaigning, he spoke on several occasions about the deals made by Obama’s administration, saying they were “bad” deals, and even referring to the Iran nuclear deal as the “worst” deal he had ever seen.

Trump also mentioned that Obama’s predictable foreign policies were unfortunate and ineffective. He said: “The United States needs to be less predictable.” This is one thing that Trump has stood by. He certainly started his time in office with a lot of unpredictability. The Iranian regime could be sure that no matter what President Obama was after or what he said or implied, nothing would be done. They were sure to face no consequences.

President Obama warned Syrian dictator Bashar Assad that he would draw a line at chemical warfare in Syria. He clearly made his point, saying: “We have been very clear to the Assad regime, but also to other players on the ground, that a red line for us is we start seeing a whole bunch of chemical weapons moving around or being utilized. That would change my calculus. That would change my equation.”

Yet, the following year Assad used chemical weapons again. President Obama failed to act in fear of domestic criticism. He blamed Congress for inaction and Putin eventually stepped in.

A few days ago, Vice President Mike Pence warned Iran about President Trump. He said: “Iran would do well not to test the resolve of this new president.”