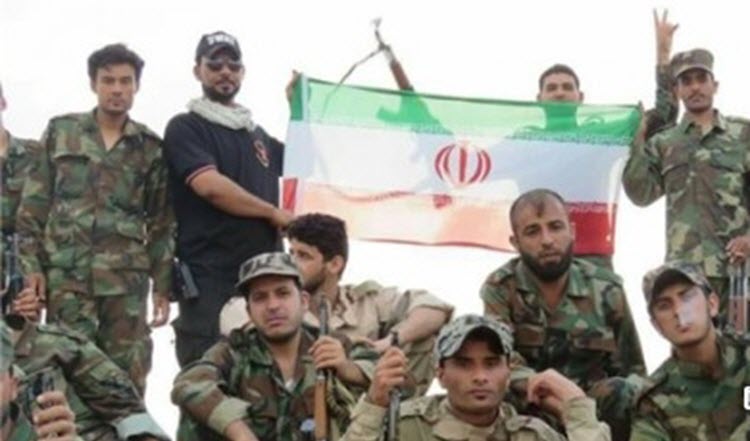 Struan Stevenson, President of the European Iraqi Freedom Association (EIFA), has released a new statement about the ongoing human rights atrocities in the Iraqi city of Fallujah, 43 miles from Baghdad. The following is the text of his press release.

Horrific sectarian atrocities are being committed in the final push to ‘liberate’ the ancient city of Fallujah, 43 miles from Baghdad. Iranian-led Shi’ite militias who form the main part of the force fighting to re-capture the city from Daesh (ISIS) are systematically arresting Sunni men and women fleeing the besieged city. Many are being tortured and executed.

Struan Stevenson, President of the European Iraqi Freedom Association said today: “The international community must stop this barbaric crime against innocent civilians. The Shi’ite militias are financed and led by the Iranian terrorist Qods Force whose senior commander General Qasem Soleimani is on the EU and US terrorist lists. Soleimani is spearheading the attack on Fallujah. His presence was confirmed in an astonishing statement by Iraq’s Foreign Minister Ibrahim Jafari on 7th June, when he said:  “Qasem Soleimani provides military advice on Iraqi soil and this is with the complete awareness of our government.”

“Iran is exploiting their role in ousting Daesh (ISIS) as a means for implementing their genocidal policy of ethnic cleansing to annihilate the Sunnis in Iraq’s al-Anbar Province. They claim that they have to detain all people fleeing from the city in case some of them may be Daesh jihadists. But this is simply an excuse to perpetrate barbaric atrocities on innocent Sunnis.

On 7th June the UN High Commissioner for Refugees said: “Eyewitnesses have described how armed groups operating in support of the Iraqi security forces are intercepting people fleeing the conflict, separating the men and teenage boys from the women and children, and detaining the males for ‘security screening’, which in some cases degenerates into physical violations and other forms of abuse, apparently in order to elicit forced confessions. There are even allegations that some individuals have been summarily executed by these armed groups.”

“The same thing happened during the so-called liberation of Ramadi, a city of over one million predominantly Sunni people, which was reduced to dust and rubble. Barely a single building has been left intact and the male population has simply disappeared. This scenario is being repeated in Fallujah, where mass graves have already been discovered in some of the nearby Sunni villages containing bodies that have been burned, stabbed and brutalised.

“The United Nations on Wednesday 8th June revised significantly their estimate of the number of civilians believed trapped in besieged Fallujah, raising the figure to 90,000 from a previous estimate of 50,000. It seems clear that there has been a deliberate attempt by Iraqi forces to provide a lower figure for the civilian population in Fallujah, in order to hide the inevitable death toll arising from the savage bombardment of residential areas, as well as the active participation of the Iranian regime’s Qods Force and its affiliated militias.

“Tehran is relentlessly strengthening its grip over Iraq. Corruption and poor training has rendered the Iraqi army almost useless, leaving a vacuum, which the Iranian regime has been quick to fill, pressurising Iraq’s Prime Minister into allowing the Iranian-funded militias to take control of military operations. Political disarray in Baghdad, combined with a directionless and dysfunctional American foreign policy, has paved the way for the fascist Iranian mullah-led regime to consolidate its hold in Iraq.

“The European Iraqi Freedom Association has repeatedly warned of the dangers of allowing the Iranian-funded Shi’ite militias to have free reign in Iraq and our warnings have been ignored. The Iraqi Sunnis of al-Anbar have paid a heavy price for international complacency. Once they have achieved their sectarian objectives in Fallujah, Tehran will turn its attention to Mosul, Iraq’s second biggest city with a population of more than two million Sunnis. Daesh has held Mosul for more than two years and its ethnic cleansing features highly on the Iranian regime’s priority list.

“How much longer can the international community remain silent in the face of such crimes against humanity? The Iranian-funded and led militias are now guilty of crimes every bit as horrific as the terrorist Daesh jihadists who they are supposed to be trying to defeat. UN Secretary General Ban Ki Moon, US President Barack Obama and EU High Representative for Foreign Affairs and Security Federica Mogherini must speak out now and demand an end to these atrocities and an end to Iranian meddling in Iraq.”