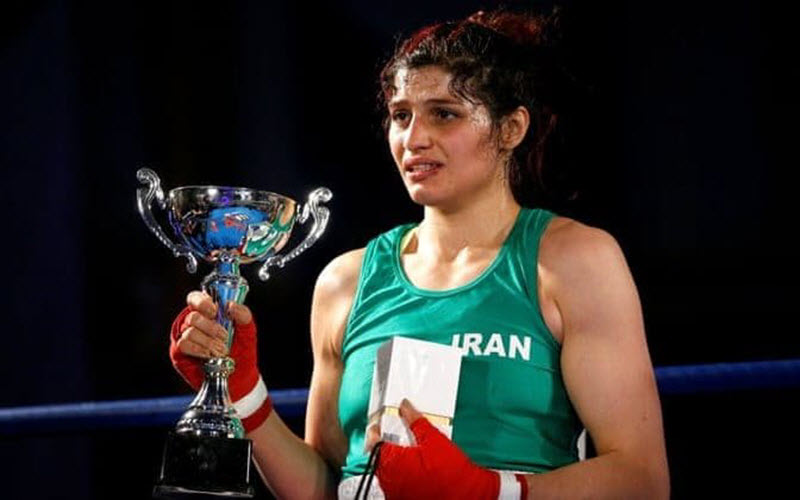 The first Iranian woman to compete in an official boxing match has cancelled plans to return to Iran after a warrant was issued in Tehran for her arrest, according to her representative on Wednesday.

Her representative explained to Reuters that the Iranian Regime issued arrest warrants against Khadem and fight organiser Mahyar Monshipour.

Monshipour was planning to travel back to Iran with Khadem this week but has also cancelled her plans.

Khadem and Monshipour were not available for comment at this time.

Iranian authorities have denied that Khadem would be arrested and blamed the story on “media linked to Saudi Arabia”.

Hossein Soori, the head of Iran’s boxing federation, said: “Mrs Khadem is not a member of (Iran’s) organised athletes for boxing, and from the boxing federation’s perspective all her activities are personal.”

In Iran, women’s participation in sports events is subject to severe restrictions and although there has been some progress in some areas, after years of campaigning by pressure groups, there will likely be no significant change until the Regime is removed from power.

As of November 2018, Iran’s boxing federation allows women to register to box, although there have not yet been any women’s boxing matches held in Iran, so long as they are coached by a woman and wear the mandatory hijab while competing.

Khadem had for a time trained in an underground boxing club when it was still illegal for women in Iran and was trained by a male coach who hung a punching bag from a tree because women were not allowed in official boxing facilities.

She said: “One day they told us that we were no longer allowed to practice in the park because I was a woman and boxing was not for women. We arranged it so that I would go to where [my coach] coached boxing in the village of Kheir Abad in Gharchak…I went there three or four times a week to practice.”

Even though her fight was legal, Iran’s Boxing Federation did not issue Khadem a permit, cover any of her expenses, provide practice facilities or even allow her to advertise that she was from Iran.

The French Foreign Ministry was not immediately available for comment, but Franco-Iranian relations are currently tense, following a speech by France’s ambassador to the United States last week on Iran’s nuclear programme.