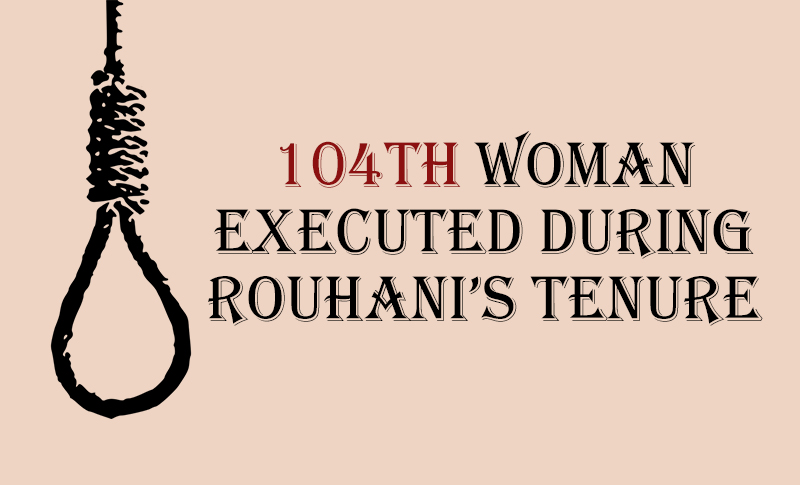 The Iranian regime executed its first woman in 2020 and its 104th under the presidency of supposed moderate Hassan Rouhani, it was announced on Tuesday.

The woman, identified only as Sara M, was executed in Mashhad Central Prison last week, according to the state-run Rokna news agency. She’d been sent to prison in 2016, aged 32, and spent three years on death row. The exact date of her execution was not announced.

The execution of Sara M. brings the total number of women executed under Rouhani’s tenure to 104 that are known about. Of course, the Iranian regime often tries to hide things that make them look bad, so we should take this figure as a minimum. Even working off the minimum figures, Iran is the top executioner of women in the world.

In 2019, the Iranian regime executed 16 women, which happened at the same time as increased suppression and executions in Iran. In fact, six women were executed in just two weeks in December, as the regime struggled to suppress the nationwide anti-regime protests.

These women were identified as:

Nazari was charged with the murder of her husband and was transferred from Qarchak Prison of Varamin to Gohardasht Prison the day before her execution.

Safarlou’s story is the same. She was charged with the murder of her husband and initially sentenced to three years in prison because it appeared to be an accident. (In other parts of the world, she may have been charged with manslaughter.) Her in-laws appealed and she was given the death sentence.

Tabaii was also charged with murder and had been in prison for seven years.

The Iranian regime does not categorize deliberate murders according to their degrees which means that anyone who commits murder is sentenced to death, regardless of their motive. Many women convicted of murder in Iran were victims of violence, especially domestic abuse, and were acting in self-defence or in defence of their children.

The Women’s Committee of the National Council of Resistance of Iran (NCRI), wrote: “The trials and sentences issued are grossly unfair. Many women are currently awaiting execution in prison… These women are mostly mothers and have several children.”