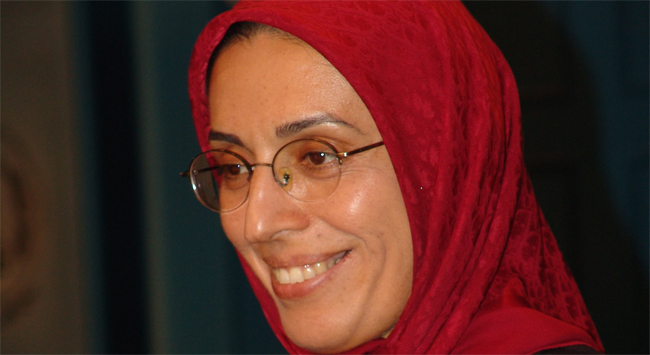 Mrs. Zohreh Akhyani was elected as the new Secretary General for a period of 2 years.  She was among eleven other candidates and received 67 percent of the vote.

The MEK usually elects a new Secretary General every 2 years according to its regulations.

The Organization is mainly based in Camp Ashraf, Iraq were an assault by Iraqi forces last April claimed the lives of 36 residents.

The residents of the camp are political dissidents of the Iranian regime.  Membership in the group is by itself reason enough to receive a death sentence in Iran for any individual.  The group has been in Camp Ashraf, Iraq for the past 25 years.

Camp residents were declared Protected Persons under fourth Geneva Conventions when they disarmed after the 2003 occupation of Iraq and declared that they are not a party to the war.

Akhyani, 48, was born in the city of Shahrood in northeast of Iran and joined the MEK 32 years ago after the downfall of the Shah.  She has a 29 year-old daughter.

“This is a slap in the face of Iran’s Supreme leader Ali Khamanei,” said Maryam Rajavi, President-elect of the Iranian Resistance, referring to the misogynist ideology of the rulings Iranian mullahs.  She congratulated the MEK’s assembly for the election in a video message.

In a short acceptance speech, Akhyani said to the cheering crowd, “This election is a reflection of the perseverance, wherewithal and strength of the PMOI (MEK) ranks and organizational structure, which today embodies the Iranian people’s historic aspirations for  democracy and people’s sovereignty.”