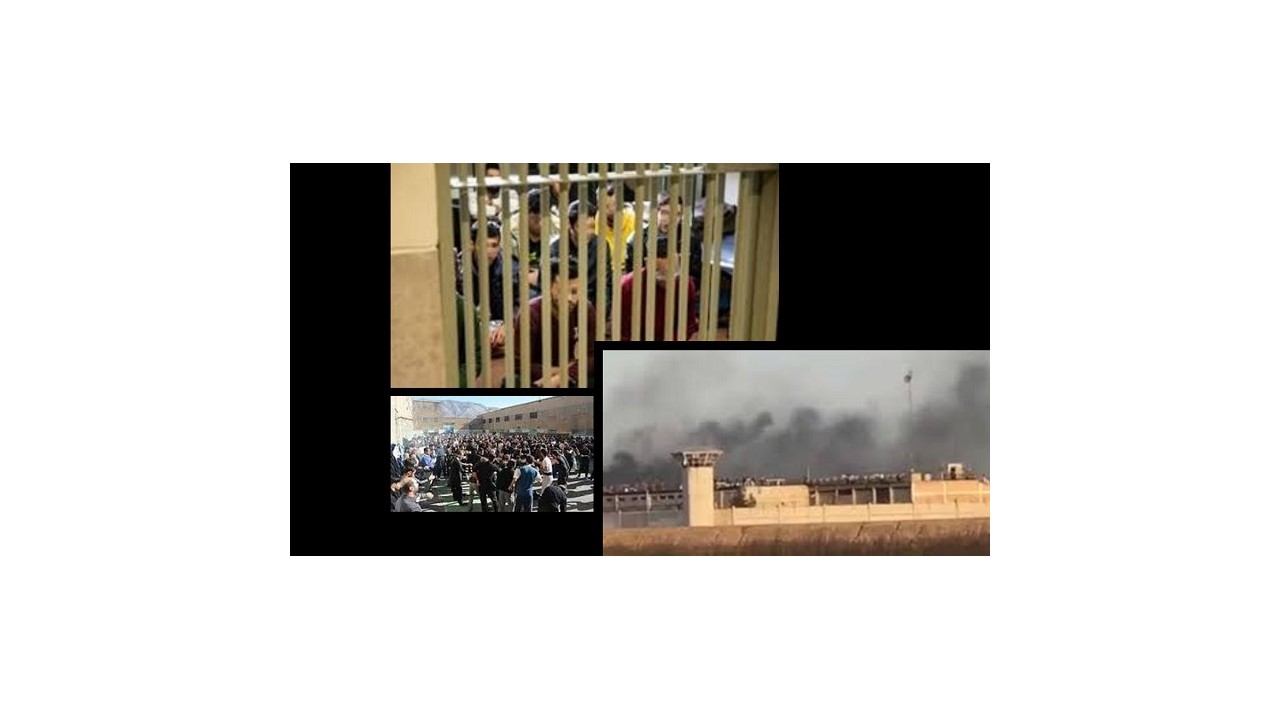 Iran’s overcrowded Urmia Central Prison was the site of riots on Tuesday as prisoners who were frightened of catching COVID-19 set their blankets alight in the “secure section” of the prison. The prison has room for 50 prisoners, but currently has 150 present. Seven prisoners have already lost their lives to the deadly virus, according to a Kurdish human rights organization. A hundred have also been infected.

Fereydoun, an inmate at Urmia Prison, was so seriously infected by the virus that he collapsed in the prison’s courtyard, but it was a long time before the authorities transferred him to the prison medical facility and that was only after pressure from other prison residents. He is now critically ill in a city hospital while others are suffering from the virus but nothing has been done to help them.

COVID-19 reported in the following prisons:

Social distancing and medical care barely exist in the countries’ prisons. This has resulted in protests by thousands in more than 8 prisons throughout Iran where prisoners fear for their lives. Amnesty International reports that 35 prisoners have been killed by prison authorities as the protests are quelled with thousands seriously injured.

Measures should have been taken to alleviate the threat of COVID-19 such as:

Back in March, Iranian authorities said that temporary leave was be offered to eligible prisoners plus an amnesty for any prisoner who had served 20% of the imposed sentence. However, it appears that political prisoners were not offered these concessions while many have already been forced back into prison.

The regime in #Iran knows no limits in using the novel #COVID19 virus to torture political prisoners. pic.twitter.com/niKNIicS3y

The National Council of Resistance of Iran (NCRI) released a statement calling on the international community to take immediate action to save the lives of Iranian prisoners being held in unsanitary conditions in the regime’s prisons during a deadly outbreak of Covid-19 among the inmate populations. The statement also expressed concern about the lack of medical supplies being provided to the public, and it noted that MEK Iran members who provided care for their infected countrymen were among the 41,700 deaths recorded so far.

Based on Iranian regime official figures, until a few weeks ago, there were at least 240,000 prisoners in Iran. Experts and lawyers say that the number is seven to eight times the capacity of the prisons in Iran. This shows the density of prisons in Iran, which demonstrates the plight that awaits the prisoners with the spread of the virus to prisons.

According to reports received from different prisons in Iran through eyewitnesses, prisoners’ relatives, and the regime’s internal reports obtained by the network of the PMOI / MEK Iran, an alarming number of prisoners have contracted the virus in Evin, the Greater Tehran Penitentiary (Fashafuyeh), Ghezel Hasar, Tabriz, Kermanshah and Urmia prisons among others.

At the same time, hygienic provisions and equipment, such as gloves, masks, and disinfectants are not available to the prisoners and the virus is spreading. None of the infected prisoners have been quarantined or isolated.”