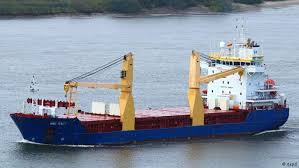 The European Union is set to put 40 shipping firms controlled or otherwise linked to the Iranian regime Shipping Lines (IRISL) on a list of sanctioned groups according to a Reuters report.

The 40 companies include Hamburg-based Ocean Capital Administration GmbH, that were previously placed on the EU’s sanctions list.

The EU says these companies were controlled or otherwise linked to top national carrier the Islamic Republic of Iran Shipping Lines (IRISL), which had previously been blacklisted.

This move comes at a critical time in international talks on Iran’s nuclear program. It is part of the EU’s response to a series of court victories by Iranian companies that have overturned EU sanctions against them. In February, the bloc re-imposed sanctions on Iran’s biggest oil tanker firm NITC.

In January, the bloc’s second highest court annulled EU sanctions on the 40 shipping companies and an Iranian bank. Now the sanctions have been imposed again.

Reuters reports that in letters dated March 12 sent by the European Council to the shipping firms’ lawyer, Maryam Taher, the Council said the reasons for the intended re-listings included the companies being owned or controlled by IRISL or for providing training, spare parts and services to IRISL or IRISL employees.

“Consequently, the Council intends to designate your clients again,” the letters said.

An EU diplomat stated on Tuesday that, “The (EU) Council looks at every judgment carefully and explores all choices available. A discussion on the cases you mention … will be held in the working party this week.”

Taher has denied linked to the regime and said the decision to re-list the companies was “purely politically motivated and not based on any proper evidence” that the entities were linked with nuclear proliferation or Iran’s government.
She also said that, “The whole purpose of the EU sanctions is to leverage pressure on the Iranian government to come to an agreement in relation to nuclear proliferation.”

World powers are trying to reach a framework deal with Tehran by the end of the month A nuclear deal would restrict the most sensitive aspects of Iran’s atomic programme in return for an easing of international sanctions, which have halved the country’s oil exports to just over 1 million barrels per day since 2012 and crippled its economy.

This move by the EU to put sanctions will constrain the regime so that it does not expand its nuclear expenditure. Though the talks may amount to nothing, these sanctions are a physical move against the regime and sends out a clear signal and serious signal of mistrust of the Iranian Regime.