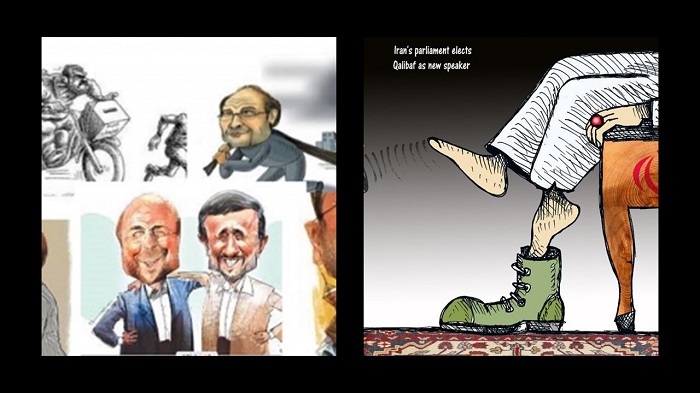 Earlier this week, the new Parliament in Iran started working. It was the first public session and it can only be described as a disaster. Most of the country’s Parliament is now made up of members of Supreme Leader Ali Khamenei’s faction after his rivals were eliminated, no matter how experienced or how loyal they had been.

The sham Parliamentary elections were boycotted for the most part, not just because of the shambles that surrounded the election process, but also because of the Coronavirus outbreak. The regime had tried to conceal the outbreak to ensure the turnout was higher.

During the 2018 uprising, the people of Iran made it very clear that they did not consider the so-called “moderate” president to be moderate at all. The term moderation in Iran is just that – a term. No leader in the regime could be described as moderate because they each have loyalty to the regime’s policies that are far from moderate.

The People’s Mojahedin Organization of Iran (PMOI / MEK Iran) have stressed repeatedly that the regime is using coronavirus as a tool to keep its shaky grasp on power that little bit longer. https://t.co/XwybXe7Knh#Iran #MEK #coronavirus @USAdarFarsi pic.twitter.com/kEzCvdhUKR

President Rouhani was dubbed as the moderate president who would lead the way to positive change in Iran. At least, that is what the Western governments chose to believe. It allowed the Iranian regime to encourage foreign leaders to continue or initiate policies of appeasement towards the Iranian regime.

However, appeasement policies have ended making it is no longer beneficial for the Supreme Leader to have the opposite faction in Parliament, so he has done what most governments around the world are unable to do. That is, simply eliminate rivals.

The people of Iran have become angrier and angrier at the country’s leadership. They have held strikes, protests, anti-government demonstrations, and even instigated a couple of major uprisings over the past few years. The regime is losing control and the only way it sees fit to deal with the unrest is to crack down further on the people.

The regime has been openly speaking about the People’s Mojahedin Organization of Iran (PMOI / MEK Iran) and the threat that it poses to the regime. It is the main opposition to the regime and it has widespread support both inside Iran and around the world. In years gone by, the regime dismissed the opposition as insignificant, but these claims can no longer be maintained. Since the uprising at the end of last year, affiliation with the (PMOI / MEK Iran) has served as a justification for the regime to carry out the death penalty.

Earlier this month, the Supreme Leader addressed members of the Basij Force – a force full of young men that the regime uses to attack the people and attack them during protests and demonstrations. The Supreme Leader told them that he envisages a young leadership for the country – not in terms of age, but terms of strength, loyalty, and stamina. He gave the example of Qassem Soleimani, who despite being in his sixties, would have continued to enjoy his position as commander of the Quds Force for much longer.

Furthermore, the Supreme Leader, despite being the highest power in the country to whom all officials answer to, even the president, has tried to put distance between himself and the Rouhani government. He has criticized the social and economic decisions that have been made over the past decade and said that there is not “an acceptable score of justice” in the country.

Parliament is at a deadlock. The regime cannot repair the damage that has been done – socially or economically and its collapse cannot be prevented. It is just a matter of time.