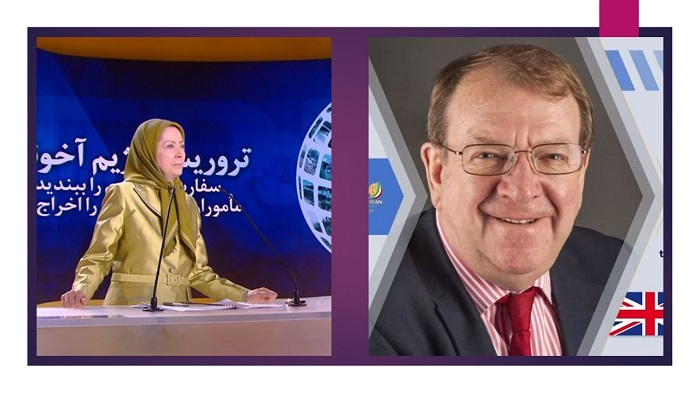 The Iranian Resistance held its Free Iran gathering earlier this month. In a three-day online summit, tens of thousands of people joined together in support of the people of Iran, the National Council of Resistance of Iran (NCRI) and the People’s Mojahedin Organization of Iran (PMOI / MEK Iran).

Dozens of distinguished speakers from all over the world spoke about how their countries can better support the Iranian Resistance.

Mrs. Maryam Rajavi, President-elect of the NCRI, the keynote speaker, called on the international community to respond to the regime’s terrorism and belligerence with firmness, explaining that there is no other solution because anything else is seen as a weakness. She said: “The right policy can be summed up in a single word: firmness.”

Mrs. Rajavi also spoke about why the regime relies on terrorism, explaining that it is its “essence” and part of its “fundamental nature”. She also reminded the audience of the words spoken by Resistance leader Massoud Rajavi who said that the regime would “implode and disintegrate” if it ever abandons “the export of fundamentalism and terrorism abroad”. These words are as applicable today as they ever have been.

As the Iranian Resistance has been saying for many years, the regime’s belligerence and terrorism do not come from power or strength, it is because of its inability to find a legitimate place in the world.

As many of the speakers highlighted, the Iranian regime has been plotting terrorist attacks all over the world, and in particular in Europe in recent years. They emphasized that the regime has brazenly assassinated dissidents all over the world. Several of the speakers from the United States emphasized that many American servicemen and women have been killed by the Iranian regime.

Struan Stevenson, former MEP and the coordinator of the Campaign for Iran Change in Iran, spoke about the regime’s failed plot to bomb the 2018 Free Iran gathering just outside Paris. He questioned who ordered diplomat Assadollah Assadi to plot the attack and said that it would almost certainly have been Foreign Minister Javad Zarif with the permission of Supreme Leader Ali Khamenei and President Hassan Rouhani. Mr. Stevenson called for all regime leaders to be held accountable for their actions.

Speaking about the regime’s use of embassies abroad, former U.S. Senator Robert Torricelli pointed out that they are being used for several malign purposes, not just as a cover for terrorist activity. He reminded those listening that the regime uses them to procure nuclear material. He too called on the international community to close the regime’s embassies in their respective countries.

Several of the speakers also spoke about the importance of designating the Islamic Revolutionary Guard Corps’ (IRGC) terrorist Quds Force as a terrorist entity.