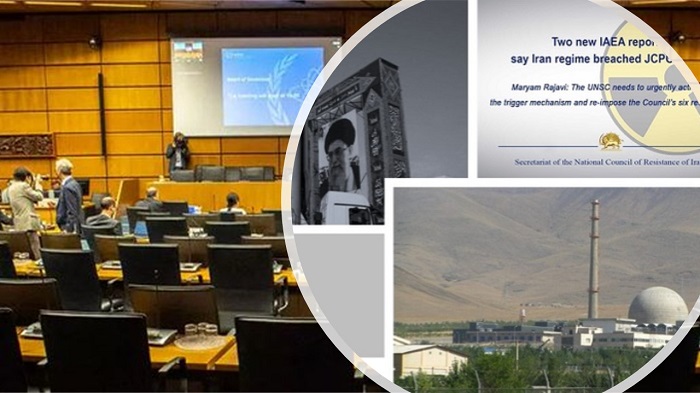 A new resolution states that the Iranian regime should lend its full cooperation and stop delaying visits and access to sites that the IAEA wants to enter.

The Iranian regime has never been transparent about its nuclear ambitions. Since the 2015 nuclear deal (formally known as the Joint Comprehensive Plan of Action, JCPOA) was signed, the regime has failed to completely live up to its side of the bargain.

The fact that the regime is not allowing the IAEA to access sites shows that the regime has something to hide. In its latest report, the IAEA even said that several sites have been completely sanitized.

The regime has exploited loopholes in the JCPOA and it is very clear that it is still pursuing its nuclear ambitions. The regime has said that it is not working towards being nuclear-armed but all indications suggest otherwise.

The United States pulled out of the JCPOA. US President Donald Trump warned the regime to change its behavior. Yet the regime could not give up or change its malign policies and the US exited the agreement as Trump said he would.

#Maryam_Rajavi, has welcomed the resolution adopted by the IAEA’s #NCRI and #PMOI #MEK #Iran has said many times that Iran has many resources and has no need for nuclear #Iranian regime’s aim is to have nuclear bombs.https://t.co/HafWCj99Mc#IRGCTerrorWithoutBorders @USAdarFarsi pic.twitter.com/FcAqvK0dDZ

Sanctions were then reimposed. Not surprisingly, the regime resorted to further malign actions and started to blackmail the international community. This nuclear extortion shows the regime’s true colors.

The regime warned that it would reduce its commitments to the nuclear deal. In April, the head of the regime’s Atomic Energy Organization said that research, development, enrichment, uranium conversion, and other nuclear activities “are being carried out without any restrictions”.

Ali Akbar Salehi also said that levels of stored uranium and its production are at the same levels as they were before the nuclear deal was signed. He boasted: “Despite the JCPOA, many research activities have continued. (…) It’s a logical combination of improving quality and increasing quantity.”

The fact that Iran is working towards a nuclear bomb is alarming. The Iranian regime is the biggest state sponsor of terrorism in the world and resorting to nuclear extortion should prompt the international community into holding the regime accountable for its belligerence.

The President-elect of the National Council of Resistance of Iran (NCRI), Mrs. Maryam Rajavi, has said that the snapback mechanism must be activated and that the Security Council resolutions should be reinstated. Furthermore, she advised that nuclear sites must be closed and that immediate access should be granted to nuclear inspectors. A complete halt to the regime’s enrichment is also necessary.

The Iranian regime is taking advantage of the health crisis sparked by the Coronavirus outbreak. The Middle East and the rest of the world should be concerned about Iran’s deceptions, and especially its acceleration of illegal nuclear activities.