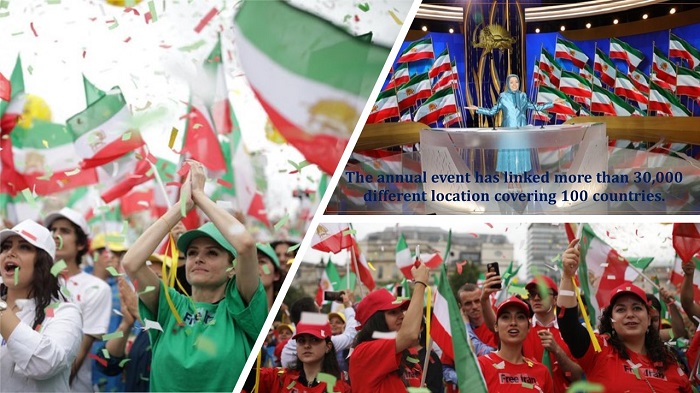 The Iranian regime has been weakening over the past few years as a result of international pressure (most notably by the United States) and following a series of nationwide uprisings in which the people have expressed their determination to see the regime fall.

The United States has been applying a maximum pressure policy to curb the regime’s belligerence, in particular, it is the financing of terrorist groups and activities across the region. However, the biggest threat to the regime’s survival is undoubtedly the domestic unrest that is very prevalent in society.

1) The #Iranian regime has been spending billions of dollars inside and outside #Iran through its lobbyists with fake news, struggling to demonize the #MEK and #NCRI. The regime’s goal is to portray that the regime has no alternative.https://t.co/8zkKZbRBlt

It is not just one particular sector of society that wants to see the regime collapse and this is what worries the regime. Years ago, the regime’s suppression of the people acted somewhat as a deterrent to people speaking out, but the people are no longer afraid. They made it very clear during the recent uprisings that the regime cannot silence them.

The people have the support of the People’s Mojahedin Organization of Iran (PMOI / MEK Iran), the main opposition to the Iranian regime, that has a huge network both inside the country and around the world. The people are not alone in their quest for freedom, democracy, and human rights, but they do need the backing of the international community.

For decades, the regime has tried to obliterate the opposition, but it has been wholly unsuccessful. The regime instigated the 1988 massacre in which more than 30,000 political prisoners were executed during one single summer. Most of these people were members or supporters of the opposition.

Employees & workers of Iran’s oil, gas & petrochemical industry launched strikes in numerous cities checkered across southern Iran, protesting paycheck delays & demanding the pensions that they have been denied for a long time now.#Iran#IranProtestshttps://t.co/EeOetMPChN

The regime’s fixation on neutralizing the MEK is proof of just how much of a threat the opposition poses to the regime’s survival. As time goes on, the MEK is gaining more and more international support.

The MEK wants to bring great change to Iran. It wants the people of Iran to have a democratic leadership that will focus on the needs of the people, not ignore them as the regime has done for four decades. The MEK is working towards freedom and equality in Iran, and its values oppose those of the theocratic dictatorship that has destroyed the country’s economy.

For the international community, there is no doubt that the Iranian regime poses a major threat to peace and security in the Middle East and beyond. The collapse of the Iranian regime would not only benefit the suppressed people of Iran, but it would also bring a resolution to many conflicts that the regime has instigated and continues to fuel.

I urge the international community, especially the United Nations Secretary-General and other #HumanRights organizations to intervene immediately to stop the executions, secure the release of the prisoners, and prevent a major humanitarian catastrophe in prisons #Iran pic.twitter.com/6KGQDzPQm0

The Iranian regime is not an international player. It looks after its selfish interests and will pursue its own goals, no matter what bloodshed and chaos it leaves in its wake.

And in any case, the people of Iran are justified in their legitimate calls for democratic leadership. They should be heard and supported by those countries in the West that are founded on democratic values, for it should be something that they uphold for everyone – not just their citizens.